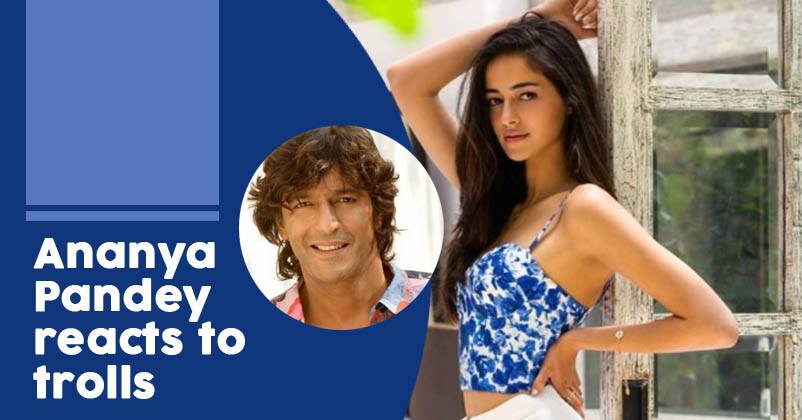 The trailer of Student Of The Year 2 met with trollers and meme makers as soon as it was released. While some were comparing SOTY 2 life with real life, others were busy trolling the actors for their school uniforms and the campus and the fact that the trailer did not contain even a single scene of class.

The director and actors defended the film saying that the trailer was just a small part and one should not judge the whole film by a trailer. They talked at length about the trolls and memes.

Debutante Ananya Pandey said that she loves all the memes and trolls that are coming her way. She jokingly said that her expressions became the subject of memes since Koffee With Karan and she loves sharing it with her friends and puts it on her social media stories.

On the other hand, another debutante Tara Sutaria told that she used to get affected by the trolls initially but now she knows that it is a part and parcel of her job.

Ananya revealed that being a daughter of actor Chunky Pandey she is familiar with this whole trolling thing as his father has been trolled and many memes are made on him on social media. She said that he has seen her father laugh at himself and she has learned it too. Now the trollers don’t affect her at all.

Director Punit Malhotra said that people talk about the things based on the trailer and they are yet to watch the film. But according to him trolling is fun and people are trolling them that means they are having fun.

Talking about the sports angle in his film, Punit said that he believes that sports should be encouraged in schools and through this film he intends to do so. That is why in the film, he brought action and sports together.