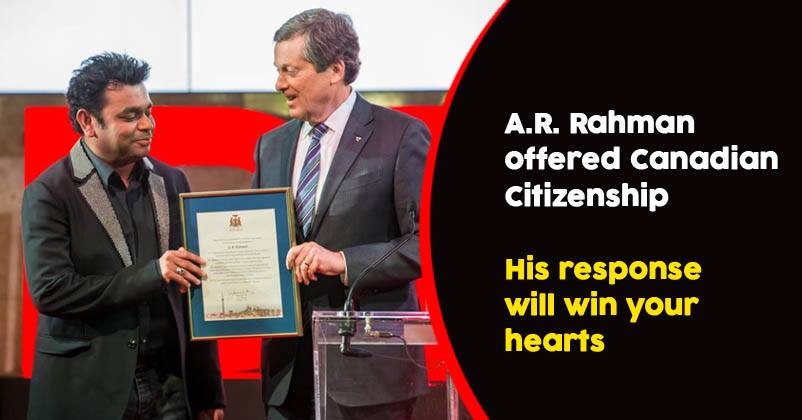 Akshay Kumar has been placed in the center of a controversy related to his citizenship again. The actor holds a passport of Canada and reportedly he has given up his Indian citizenship.

Internet nazis raised questions about his love for his country and nationality when he did not cast his vote on the election day in Mumbai. Later he cleared the air with a post on Twitter clarifying that he might hold a passport of Canada but his heart and taxes belong to India and he loves this country very much.

Reportedly Akshay was granted honorary citizenship by Canada several years ago. But do you know that another Bollywood celeb was also offered Canadian citizenship as an honor and he turned it down saying that “India is my family“. He is none other than the pride of India, Oscar-winning music composer AR Rahman.

A few years ago, a mayor offered Rahman Canadian citizenship which he politely refused because for him his home is Tamil Nadu.

Rahman even took to Facebook to share it with his fans. He wrote, “Thank you for your kind invitation to set up a base in Canada, Mr. Mayor. I’m indeed very touched and moved by your gesture.

I’m well settled and happy in Tamil Nadu, India with my family, friends and the people there. Do visit our KM Music Conservatory when you come to India the next time 😊🌹👍

I will also look into interesting artistic collaborations between Canada and India.”

Thank you for your kind invitation to set up a base in Canada, Mr Mayor. I'm indeed very touched and moved by your…

You will be amazed to know that he already has a street named after him in Ontario. 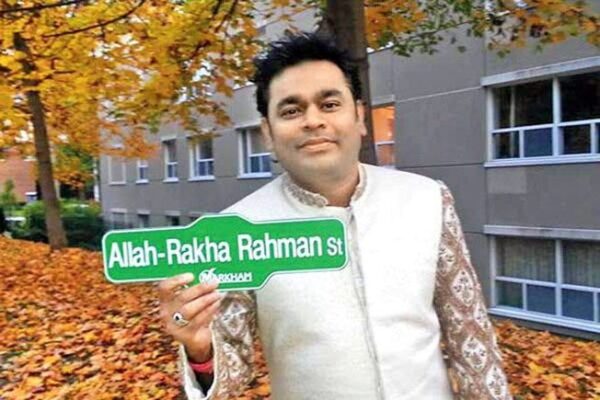 Though AR Rahman has become an international artist he is still Indian by heart and quite close to his roots.

Aamir Khan’s Sister Nikhat To Make Bollywood Debut With This Film
According To Avenger: Endgame Directors Chris Evans Might Return As Captain America