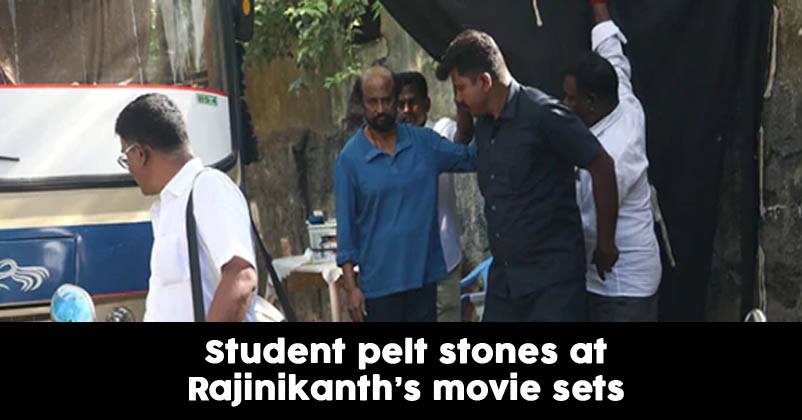 The shooting of Darbar reportedly hit a roadblock in Mumbai when some college students started protesting against the crew’s strict rules. As per reports, the crew didn’t allow students to click photos or record videos and barricaded the shooting area of the sets and it angered them.

Allegedly the upset students pelted stones at the crew from the terrace of the building. Director of the film AR Murugadoss complained against the students to the college management and reportedly decided to change the shooting location.

Cop drama Darbar marks the first collaboration of Rajinikanth with AR Murugadoss and third collaboration with actress Nayanthara after Chandramukhi and Kuselan. The lead couple started the shooting of the film in Mumbai on April 22.

The film also features Prateik Babbar in a negative role and Rajinikanth is returning on screen as a cop after 25 years. He played the role of a cop in 1992 released Pandian.

Darbar is scheduled to release on Pongal next year. The actor was last seen in Tamil film Petta in which he played the role of a hostel warden.

Continue Reading
You may also like...
Related Topics:Darbar, nayanthara, rajinikanth