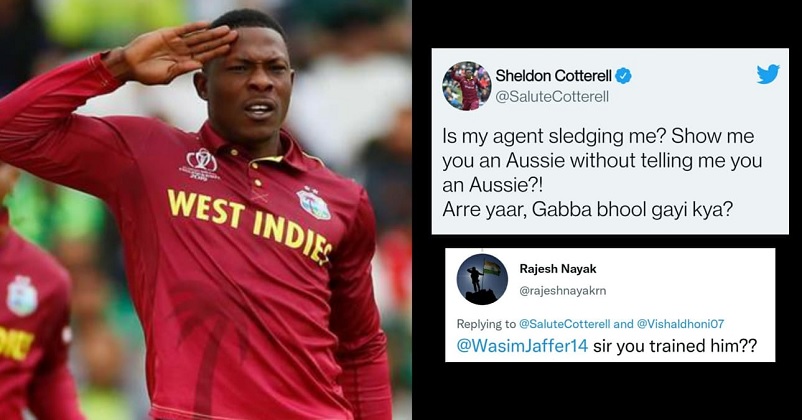 The West Indian player Sheldon Cottrell is famous among cricket lovers not only because of his cricketing talent but also for his celebration style of saluting after taking a wicket. He was bought by Punjab Kings (earlier Kings XI Punjab) for the IPL 2020 but the franchise chose not to retain him for the IPL 2021 as he was not able to perform well in the 13th edition of the tournament. However, Sheldon Cottrell has made some good friends during that period and his fan following has also increased to a great extent. 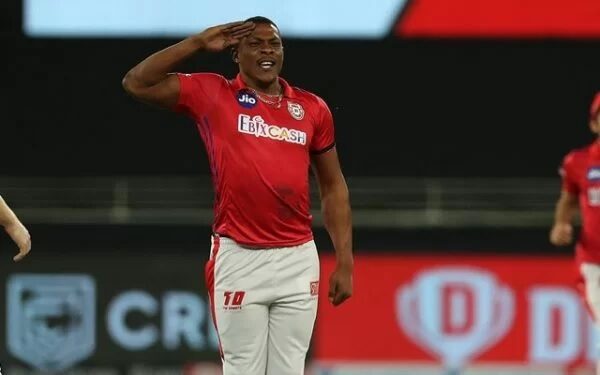 Recently in a match (on Sept 2) between St Kitts & Nevis and Barbados Royals in the Caribbean Premier League, Sheldon helped his team St. Kitts & Nevis in winning the match by hitting a six of the last ball and after this, an Australian cricket agent took a dig at Sheldon by calling him a finisher.

However, the West Indian cricketer gave it back by reminding her of what happened at the Gabba test match which was played between India and Australia and the former won it but what has surprised everyone is the use of Hindi language by Sheldon in his tweets.

This is what Sheldon Cottrell tweeted in response to the tweet made by his agent, “Is my agent sledging me? Show me you an Aussie without telling me you an Aussie?! Arre yaar, Gabba bhool gayi kya?”

Is my agent sledging me? Show me you an Aussie without telling me you an Aussie?!
Arre yaar, Gabba bhool gayi kya? #WeBothWorkingHard #jokes #MyAgentWin #contact #windies https://t.co/ZUZJzktxZc

@WasimJaffer14 sir you trained him??

Wasim Jaffer has a reputation of making funny tweets using memes and he is an expert in trolling others as well but Sheldon didn’t miss the chance to take a jibe by Wasim Jaffer as he tweeted, “Hum bowling pe itni koshish karte hai jitna Jaffer apne tweets pe karta hai.” (I work on my bowling as much as Jaffer does on his tweets).

That was quite a good way to troll Wasim Jaffer, what do you say?