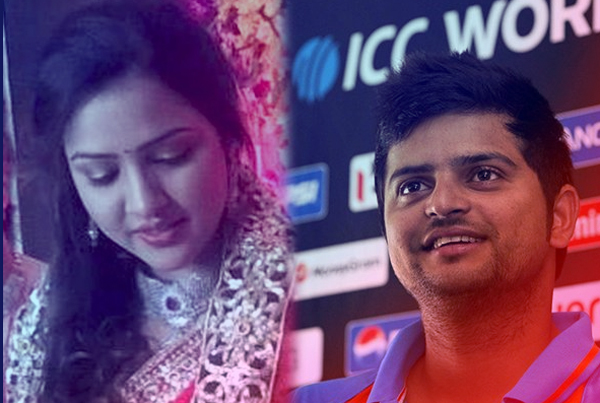 Its Band Baja Baraat time in the Indian Cricket Team. Suresh Raina is all ready to tie the knot with Priyanka Chaudhary today in Delhi.
The possible list of guest expected to bless the bride & groom would be entire Indian Team. Also Sakshi Dhoni and Dhoni’s new born Baby Girl Ziva are also expected to be seen attending the wedding. The sources close to the family even said that Virat is about to attend the wedding with his girlfriend Anushka Sharma. Sources further added that Suresh Raina is supposed to wait for his honeymoon as soon after the wedding he has to get into practice for the upcoming IPL.
PM Narendra Modi had also sent his wishes to the couple through a letter in reply to the invitation sent by Raina to PM Modi. It is not confirmed but PM may attend the wedding.
Raina while speaking to TOI himself revealed key members in the guest list. “Delhi because all my friends are here, Virat, Shikar and even teammates of my UP team are also coming.. Entire cricket team & a few friends from London, Dubai will be coming” he said. Besides Cricket Stars many High profile ministers are expected to visit the wedding.