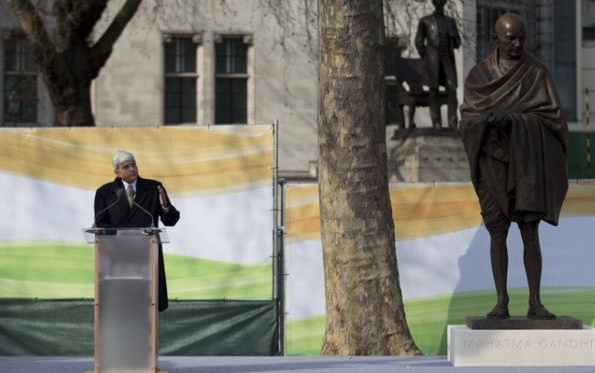 Goa won’t celebrate Mahatma Gandhi’s birthday this year. The official calendar released on 15th March doesn’t has the mention of 2nd October as a holiday. This move by the Goa government has drawn flank from all political parties. Independent opposition legislator Vijay Sardesai said “It is strange that back in the country his birthday is being dropped from the list of holidays. Is this nationalism or the BJP’s sense of civility?” he said.

Strangely, the Chief Minister of Goa was not present to provide any remark on this latest development.

What helped to add hype to the news is the fact that the move came a day after Father of Nation’s statue was unveiled in Parliament square in London. While across the oceans, the world recognizes his might in successfully combating the colonizer for the independence of India through nonviolent means, his own country fails to take cognizant of his contributions and honor his birthday.

However, RSS Leader Suresh Bhaiyya ji said – “I don’t know the reasons for this decision. We will see why it happened. But, according to a survey, people in India hardly work for 150-155 days a year on account of holidays,”
And, may this can be one of the reason to cut short the holiday list.

While politically it’s a controversial issue, if one takes it beyond politics the Youngistaan might approve of this move as they debate over the tradition of declaring holidays for “elite Leaders” and not the ones who are equally deserving but went unnoticed.