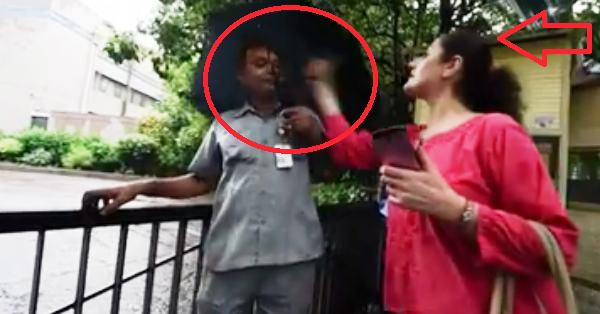 We, humans are called social animals but it seems as if the word “social” is getting deleted and we will be left with only “animal”. On one point of time, we accuse people for not following their duties but if we ourselves have to bear some problem because of a person who is following his duty to the books, we get angry with that person.

The same has happened in this video, a foreign lady has slapped a security personnel for not letting her enter the book release function for security reasons. The incident took place on 10th July 2015 at WWF auditorium in New Delhi, the function was attended by former PM Manmohan Singh and the lady came after him, so she was denied entry.

Watch the video of how this all happened:

What do you think about the act of the lady? What’s the fault of the poor guard? He just fulfilled his duty with honesty and dedication and got slapped only for this. Shameful! Share your views regarding the incident in the comments section below.