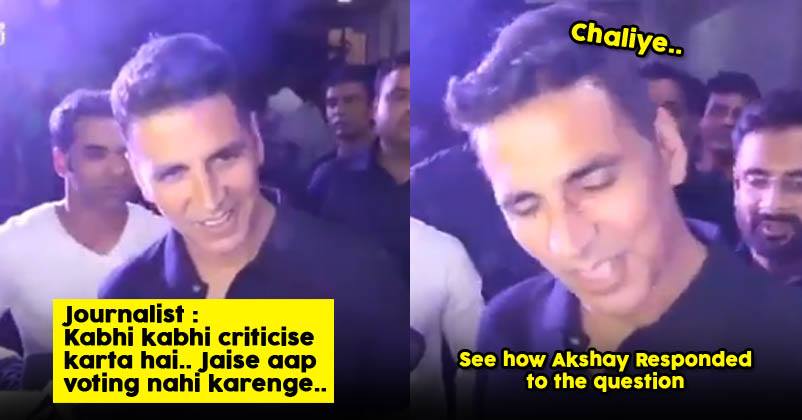 Akshay Kumar infuriated his fans by not casting his vote this election season. Social media started flooding with questions for Mr. Khiladi asking why he did not vote when he was the part of the campaign which was telling Indians to wisely use their voting rights.

When Akshay was coming out from the special screening of Sunny Deol and Karan Kapadia starrer Blank in Mumbai on Tuesday, media asked him why he did not vote.

Akshay smartly avoided the journalist’s question and simply walked away smiling and telling him to go. He said “Chaliye Beta” to the questioner and walked past him.

While the actor’s fans are angry with him for not accompanying his wife to the polling booth and not voting, little do they know that Akshay has no right to vote in India as he has acquired citizenship of Canada and given up India’s.

Netizens are furious and the internet is flooding with memes of Akshay, making fun of the actor for not casting his vote and giving up his Indian citizenship for Canada’s. 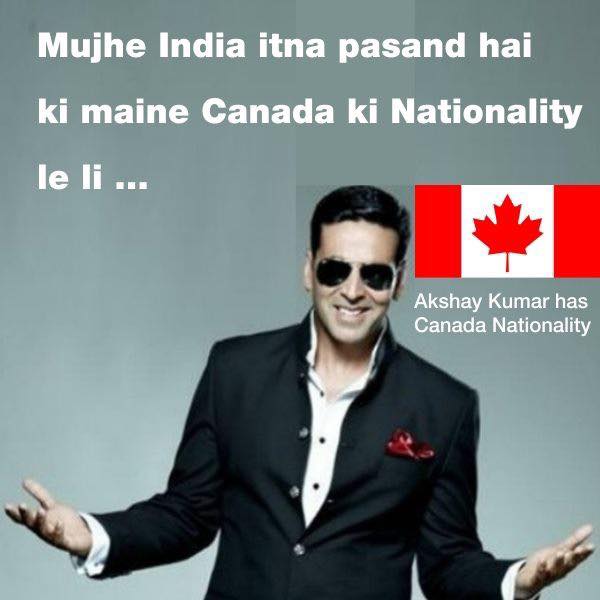 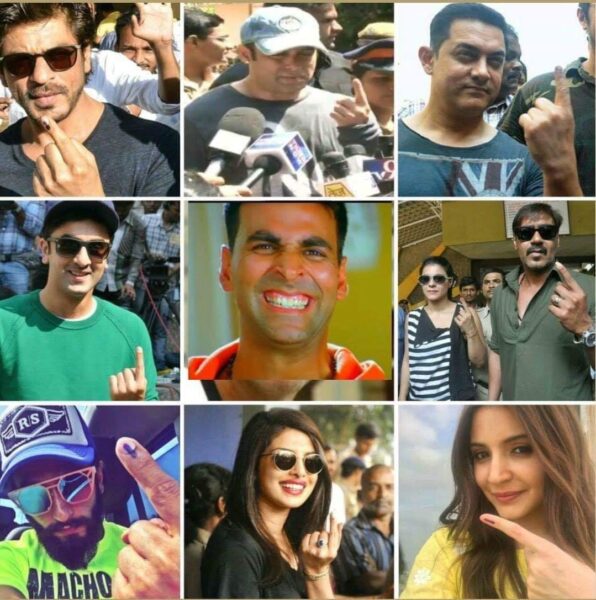 Social media is overflowing with Bollywood celebs pictures showing their inked finger and Twitteratis are asking where is Akshay Kumar?

Where is akshay Kumar's voting pic