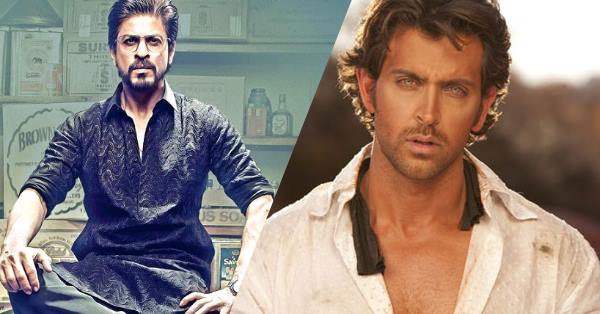 It seems that troubles are not going to end soon for Shah Rukh’s “Raees” which was one of the most talked about movies at the beginning; however is facing difficulties in getting the best release date. Earlier, it was speculated that the movie would release with “Sultan” starring Salman Khan and if it had happened, it would have been the year’s biggest clash.

Nevertheless, Shah Rukh averted it by postponing the release which is now scheduled to be released on 26th January, 2017. “SRK and the film’s makers Farhan Akhtar and Ritesh Sidhwani issued a joint statement formally announcing the new release date of Raees and said, “It was not an easy decision to move the film. However, a movie of such magnitude requires the appropriate showcasing and, therefore, we have decided to shift our release date to January 26, 2017.” But once again, “Raees” might face one more clash and now it will be with “Kaabil” starring Hrithik Roshan. However, it was reported that SRK had a meeting with Hrithik for convincing him about postponing his movie’s release date.

As per a source, “SRK and Hrithik had met to discuss the release, but ultimately, it’s the call of the makers. Rakesh Roshan has decided to not shift the release date. But he is very upset that Raees is also releasing on the same date. He even called up Ritesh Sidhwani on Monday afternoon to express the same and on Tuesday when the announcement came in the newspapers, he was pretty irked.” Nevertheless, a reaction of surprise and amazement came from “Kaabil” producer Rakesh Roshan when he was questioned about it.

He said, “No one approached me, my release date was announced in February this year for 26th January 2017 and I am sticking to it. Who comes or who doesn’t is not my problem.”

The Mystery Of Disappearances In Bermuda Triangle May Just Have Been Solved. Here’s The Theory
Saudi Arabia Has No River Or Canal But Still Everyone Gets Water Here! Miraculous Achievement