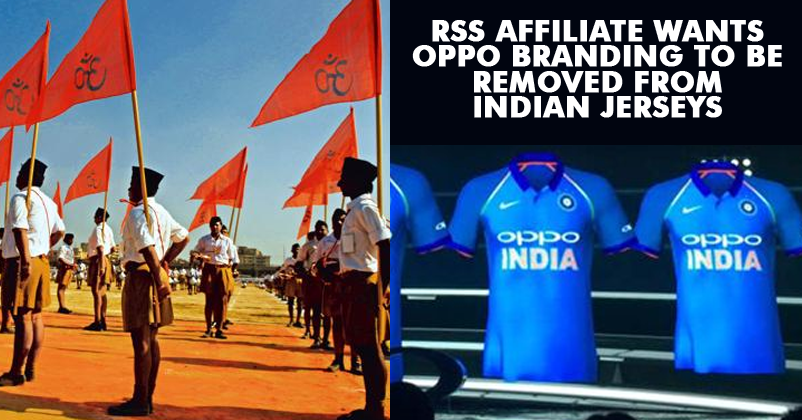 We reported yesterday that BCCI has given the sponsorship rights of Indian Cricket Team to Chinese Mobile Company OPPO for 5 years at Rs 1079 crores. The deal didn’t go well with Twitterati due to conflicts between India and China and perhaps it was just a start of controversy.

Now an RSS affiliate has come ahead and demanded Sports Ministry to intervene and scrap the sponsorship deal. Notably, the group named The Swadeshi Jagaran Manch, kicked off a campaign recently to push for domestic production and consumption of Indian goods. They also wanted India to reduce its dependency on Chinese exports.

The SJM has made an announcement that members of the Indian cricket team should not wear the new jersey which bears Oppo’s logo. SJM’s national co-convener Ashwani Mahajan wrote a critical letter which emphasised on revoking Chinese products.

“This would not only misguide our youth in blindly going for buying Chinese brands but would also place us in a very awkward position and our campaign is likely to get badly affected by this,” Mahajan said in the letter.

“Cricket is the most popular sport in India and the Indian team is being watched by almost the entire country. Therefore the team should not wear the Chinese firm’s logo,” There’s no response from Sports Ministry to the SJM’s letter yet.

What do you think about it? Do you agree with SJM or think otherwise? Share your thoughts with us in the comment section.

Continue Reading
You may also like...
Related Topics:cricket, sports