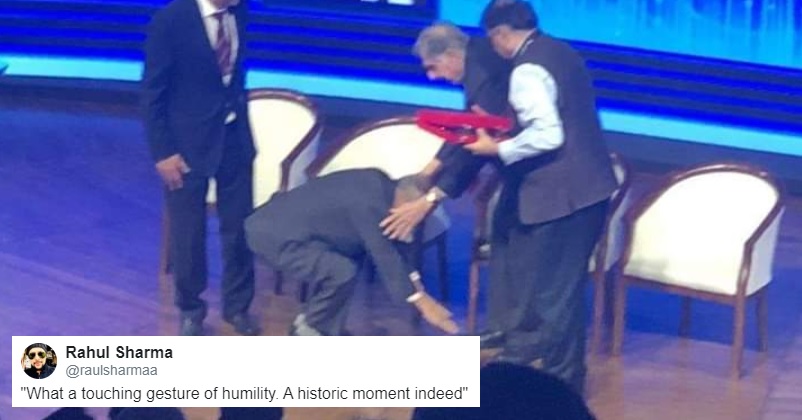 Touching the feet of elders for seeking their blessings is a part of the Indian culture and it is also a gesture to show respect to those whom a person idolizes or adores.

Ratan Tata is one of the most respected businessmen of India and his contribution towards the Indian business industry and economy is immense. He served as the chairman of the Tata group for almost 22 years and recently he was awarded with the Lifetime Achievement Award at the TiECon Mumbai 2020. 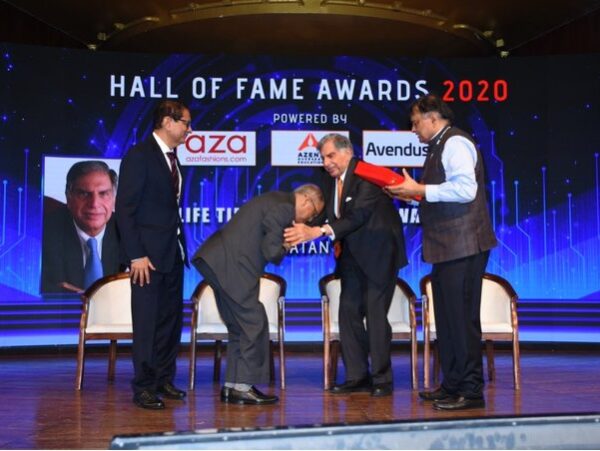 The person who presented this award to Ratan Tata is also one of the most respected businessmen of India, Narayana Murthy, the co-founder of Infosys.

While presenting the award to Ratan Tata, the former CEO of Infosys touched his feet as a gesture of giving respect. 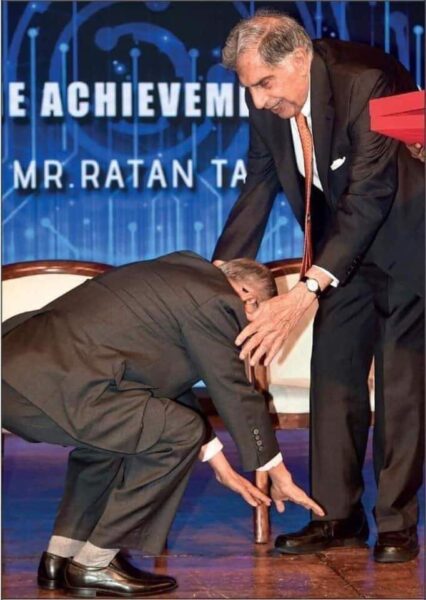 Despite the fact that they both are great business tycoons and business rivals as well when it comes to the software industry, the gesture shown by Narayana Murthy shows how humble he is. Ratan Tata also took to his Instagram account and shared a photo of the event with the caption, “It was an honour to be awarded by TiECon at the hands of a great friend Mr Narayana Murthy.”

The Internet is flooded with tweets praising these two stalwarts who are epitome of greatness and humbleness. Here are some of the selected tweets in which the netizens have outpoured their feelings in regard to this awesome happening:

If one is truly humble, one will remain a success always. Legendary businessman, Narayana Murthy touched Ratan Tata’s feet!
This taught me so much!! pic.twitter.com/MNmZxNLZVm

Simplicity, Class and Humility at its best display. Co-Founder of Infosys Narayana Murthy touches the feet of Ratan Tata and redefines how culture and values are something we Indians never forget even if we grow old.

This is what you will not find in any other part of the world!!! #NarayanaMurthy#Respect #RatanTata
What is very hard to find is a person with a kind heart. pic.twitter.com/TqRboZNpAm

This picture is so moving… What #Humbleness and What #Grace. So much to learn from these legends. #NarayanaMurthy #RatanTata

Dear Youngsters, chose your icons wisely. Use your energy in constructive development. pic.twitter.com/8YuZbxFvlq

Simplicity, Class and Humility at its best display. Co-Founder of Infosys Narayana Murthy touches the feet of Ratan Tata and redefines how culture and values are something we Indians never forget even if we grow old.

Mr. Ratan Tata and Narayana Murthy may have been business rivals at one stage, but it is great to see the respect that they continue to have for each other.

Infosys co-founder Narayana Murthy touches Ratan Tata’s feet after presenting him with Lifetime Achievement award. No matter how rich you become, be humble and never forget your culture. 🤗🙏 pic.twitter.com/mW7HGUQCFc

Indian Sanskar.The one touching feet of #RatanTata is #NarayanMurthy.These two are known as India's biggest businessmen.They were fierce business rivals in the #ITIndustry.But look at humble approach they have for each other. The respect demonstrated by these legends is inspiring pic.twitter.com/RLhMHtYN40

We are proud of both these great men! Kudos!

Dia Mirza Shuts Down Trolls For Calling Her Tears Drama As She Cried During An Event
Pune Police Trolls A Biker Like A Memer For Not Following Traffic Rules, Twitter Is Loving It