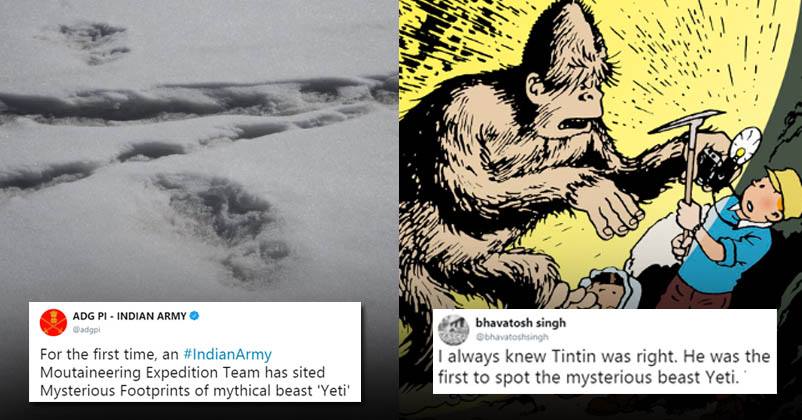 There are many things in this world which are beyond our understanding because we don’t have complete information about them and Yeti is one of them.

Yeti is said to be a creature which is like an ape, is taller than an average human and is featured mostly in the folklores. There are instances when people have claimed to have sighted Yeti but there is no proof to certify that Yeti does exist. Bollywood has already explored this concept with the movie “Ajooba Kudrat Ka” which got released in 1991.

However, the Indian Army surprised everyone when they claimed that their mountaineering expedition team noticed some footprints which seem to be of the snowman Yeti.

Check out the pics shared by the Indian Army: 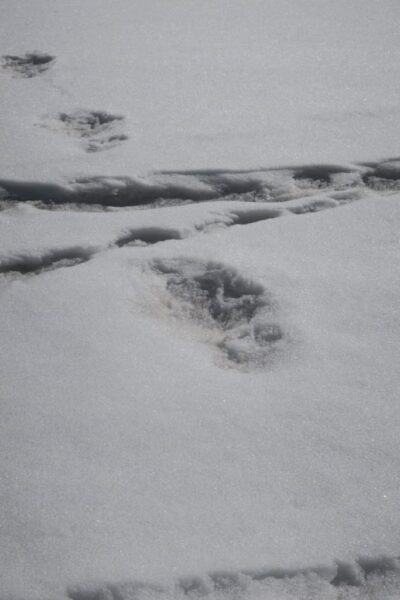 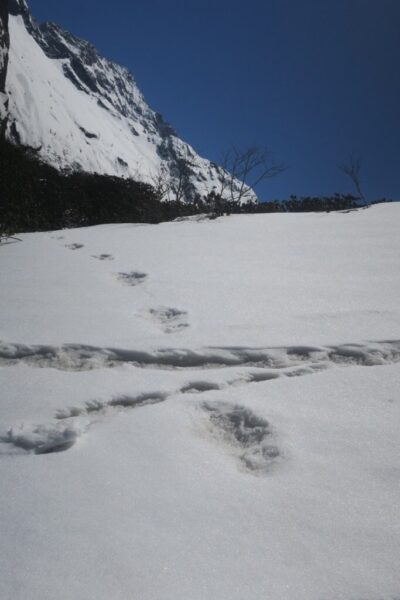 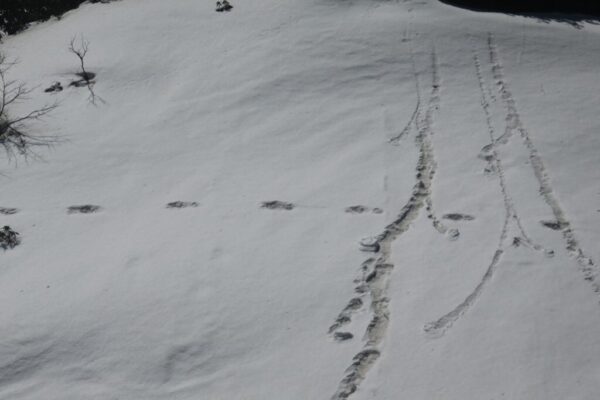 Here is what they tweeted with the photos,

“For the first time, an #IndianArmy Moutaineering Expedition Team has sited Mysterious Footprints of mythical beast ‘Yeti’ measuring 32×15 inches close to Makalu Base Camp on 09 April 2019. This elusive snowman has only been sighted at Makalu-Barun National Park in the past.”

For the first time, an #IndianArmy Moutaineering Expedition Team has sited Mysterious Footprints of mythical beast 'Yeti' measuring 32×15 inches close to Makalu Base Camp on 09 April 2019. This elusive snowman has only been sighted at Makalu-Barun National Park in the past. pic.twitter.com/AMD4MYIgV7

For some time, Twitter users were at loss of words but then they gathered themselves and started expressing opinions. While some talked about the times when they read about Yeti in Tintin comics, others questioned as to why there is only one footprint and whether Yeti was one-legged? Few considered it as a joke and there were several others who were surprised as to why such news is shared by the army.

Sorry I shouldn't say anything but the footprints look like he was playing "Lagori" or he has only one leg! https://t.co/JCy9eaOvrr

If they had followed the footsteps, they probably would have found that the footsteps ended at polling booth setup just for the #Yeti by ECI.

Next time they will also find Yeti's Puspak Viman!!! And his wifi network and the Test tube he came from!!! https://t.co/DCfryr512g

I always knew Tintin was right. He was the first to spot the mysterious beast Yeti. Time to re-read Tintin In Tibet pic.twitter.com/mEBdxhqTVx

Yeti's done a catwalk . Footprints in a single line

It could well be the Night King 👑 https://t.co/dKzzJC8rrW

This is a late April Fools' Day joke, right? https://t.co/YQ52hfctHu

The result of reading to much Tintin in one's childhood

What the hell is wrong with you guys? Just look at those pics for heaven's sake. That's not a bipedal. Couldn't you guys call a single animal expert before posting this ? Unless you are claiming your yeti walks on a single foot and travels by jumping.

Also sighted: a delighted Yeti after being tweeted by the Indian Army pic.twitter.com/YzKSWpLDbV

What is your opinion in this connection? Let us know.

These Memes Of Depressed CID Officer Daya Are Going Viral For All The Hilarious Reasons
Mumbai Police At Its Witty Best Again, Uses Amitabh’s Dr Fixit Ad For A Meme & Message Is Bang On