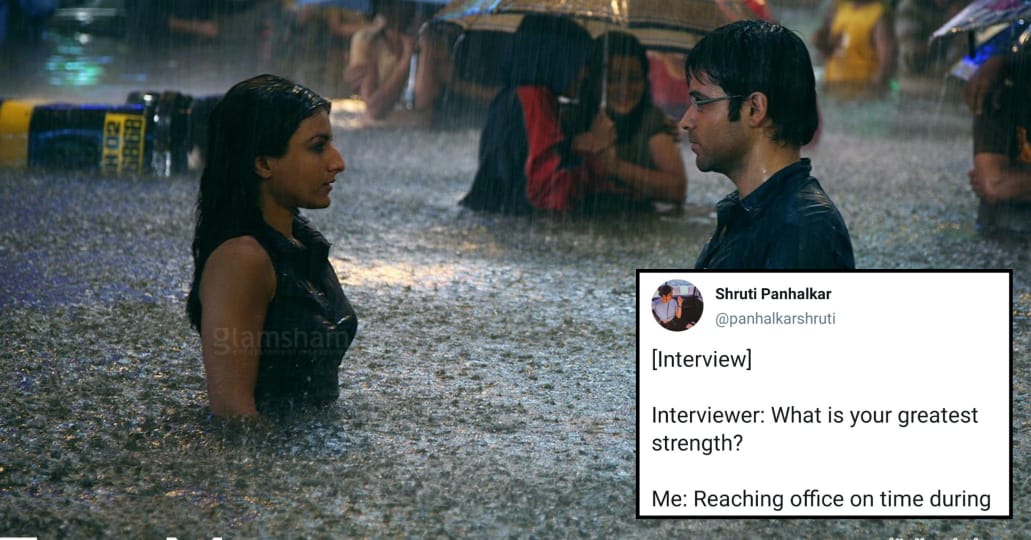 Monsoon has finally arrived in Mumbai and the citizens seem quite happy with the arrival of rain. Mumbaikars are all set to enjoy the rain with chai, pakoda, and bhajiya but definitely not ready for heavy rain which stops the city that never sleeps. After continuous rain, the arrangement of BMC to tackle with rain this season has been exposed.

Drains have been clogged leading to waterlogging in some parts of Mumbai. Now that people are at home doing nothing, they are coming up with creative and hilarious memes on rain with hashtag #MumbaiRain. People are complaining about water clogging, traffic and raised fare of auto and cabs. And there are some who are very angry with BMC and are slamming it for poor arrangement.

You also enjoy these memes and wait for rain in your area and if you are in Mumbai, well, God bless you.

It just takes 30 mins of #MumbaiRains for an average Mumbaikar to go from – Oh Wow! -to- What the Hell!

Q. What is the opposite of BMC?

Interviewer: What is your greatest strength?

Me: Reaching office on time during #MumbaiRains

It easy to find trend of stock hard to find auto in rainy days.
#MumbaiRains pic.twitter.com/zNzRQSMG3j

#MumbaiRains summed up in three points –

2. Please stop raining! This is too much 😭

3. The monsoon is irregular again this year. It didn't even rain properly. Last year this time we were drenched.

When #MumbaiRains has come,
1 guy in every group of Mumbaikar who always ask 👇😂 pic.twitter.com/WsjtH0scso

Me complaining about heavy rains and taking leave from work

Desi dads who used to climb mountains and cross rivers while going to schools be like: pic.twitter.com/prTP5L0hE3

Mumbaikars on how BMC has made arrangements to tackle this years water logging situation !!!

Australian Police Rubs Salt In The Wounds Of England Fans, Twitter Laughing With Them
Twitterians Are Having Good Laugh At The Bees Incident During South Africa Vs Sri Lanka Match