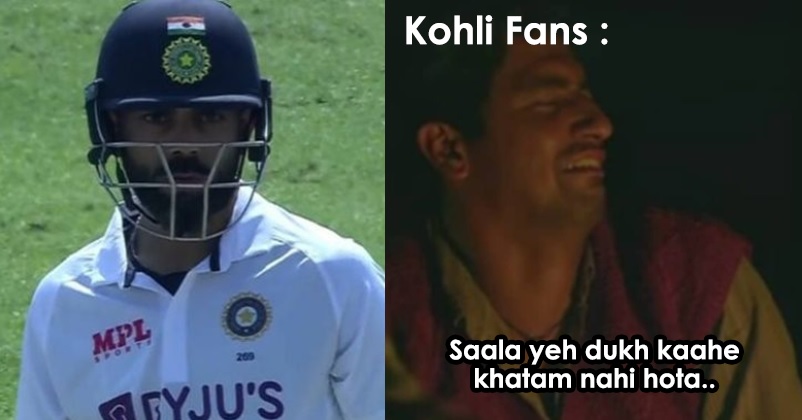 Virat Kohli has once again disappointed his fans as he got out on the score of 45 runs in the first innings of the first test match of the 2-match test series which is being played between India and Sri Lanka at Mohali. The Indian cricketer has not scored a ton since 2019 and his fans were hoping that he would do that in this test match and make his achievement of playing the 100th test more special but their hopes have been quashed as of now. However, there is still a chance of seeing Virat Kohli scoring his 71st century as he may do it in the second innings of this test match. 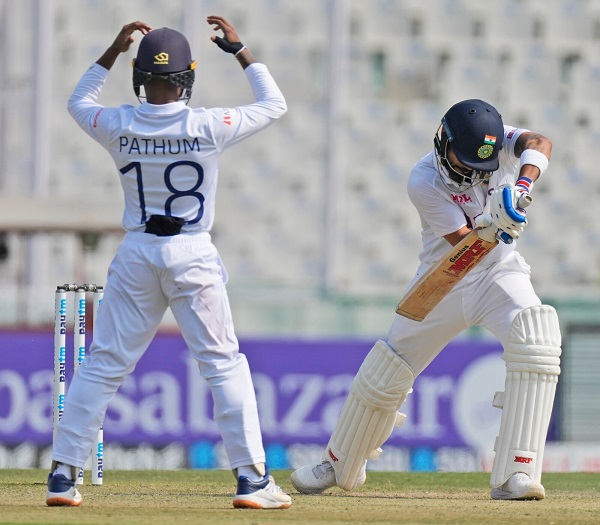 Virat Kohli’s dismissal in the first innings shocked many because he was looking in good touch and the delivery on which he got out was not a very good one. Virat Kohli found it difficult to believe that he got out on such a delivery by the Sri Lankan bowler Lasith Embuldeniya. As Virat Kohli walked to the pavilion, the micro-blogging site Twitter was flooded with tweets from the Indian cricket fans who were left upset and dejected.

Hats off 2 U! 🎩
Never easy 2 predict wit dis much accuracy even 4 d 1s closely following the game & the player 4 so long. On the other🖐I feel bad about Kohli dat his innings has become predictable. I never ever thought he 2 cud go thru a rough patch 😔#ViratKohli𓃵 @imVkohli https://t.co/f5L6pJkiuD

Hey @imVkohli man!
We really miss your century.. we all are dying to see the start of the streak once again.. please fill the hearts of billions of your fans with joy 😊.
Always With You 🙂

Last few months have been quite tough on Virat Kohli as earlier team India performed pretty badly in the ICC T20 World Cup 2021 under his leadership. He gave up his captaincy of the T20 team as he announced even before the start of the tournament but then he was replaced by Rohit Sharma as the ODI skipper as well. After that, India lost the test series against South Africa, he was also criticized for his behaviour and he chose to give up his test captaincy as well. 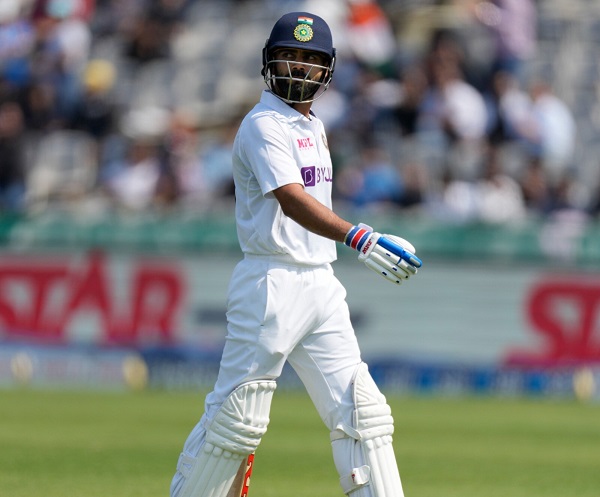 This is the first test match of Rohit Sharma as the skipper and as far as the game is concerned, India won the toss and chose to bat first. Till the time this article was written, India had scored 337/6 with Ravindra Jadeja (39) and Ravichandran Ashwin (0) at the crease. While Virat Kohli missed his fifty by 5 runs, Rishabh Pant missed his century by 4 runs and Hanuma Vihari also played a useful knock of 58 runs.

Will Virat Kohli be able to end his century drought in the second innings of this test match? What do you think? Let us know your views.