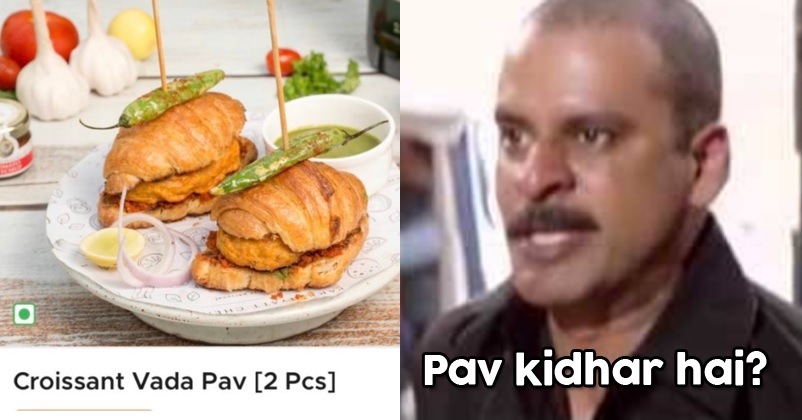 Vada pav is one of the most loved and most eaten snacks in the state of Maharashtra but it doesn’t mean that it is not available in other states of India. People all over the country love to have vada pav but have you ever heard about Croissant vada pav? Yes, you read it right and there is one restaurant in India which serves this unique dish. 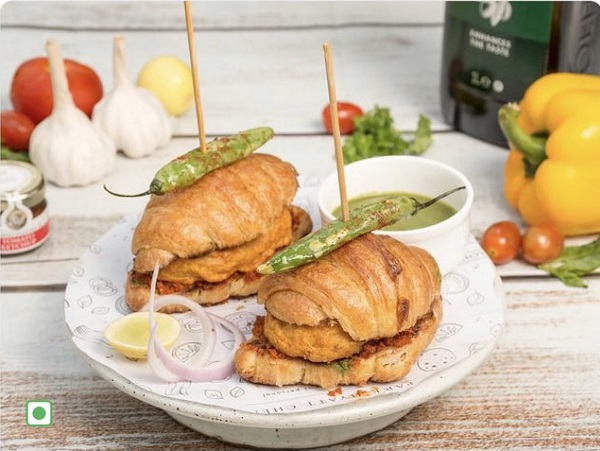 Well, we can understand that restaurants try to make new dishes in order to attract the customers as this is time of competition and the customers need to be delighted and not just satisfied. This is why, a Chennai restaurant made a dish which brought Austria and Maharashtra together to give its customers the taste of both the places.

What’s funny is that they call it Croissant Vada Pav. Is the Pav inside the croissant? If yes, do I really want to eat both croissant and Pav? Wouldn’t the French or Portuguese mind? Why not just Croissant Vada? Or Vada Croissant? 🙊🤷🏻‍♀️😬

How to offend two countries with one dish

This hurt my soul

Well, there were some who showed interest in trying the dish as well:

This looks amazing, and I can almost imagine the taste combination (and it’s good). I’d eat this.

The biggest and the greatest crossover ever!

Now this is dream coming true.

I have so many times fantasised about eating Vada with Croissant. But never Croissant Vada Pav.

If you want to eat Croissant vada pav, you need to visit The Dining Room – Park Hyatt, Guindy in Chennai where it will be served to you with lehsun chutney. Let us also tell you that you will need to spend Rs. 480 for this dish.

So are you going to try it?