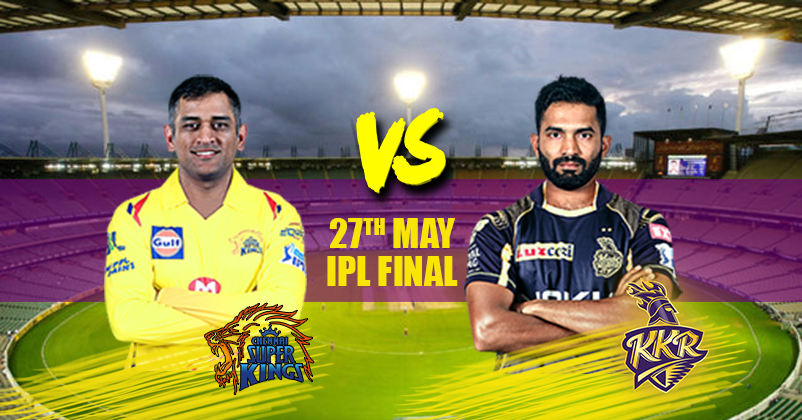 Yesterday, the eliminator was played between Rajasthan Royals and Kolkata Knight Riders yesterday. KKR won the match and will now play the 2nd qualifier against SRH tomorrow.

We are really waiting to know who will enter the finals with CSK. However, amidst this, Hotstar’s new ad has left people thinking that IPL 2018 is fixed.

Yes, Hotstar aired a promo in which CSK and KKR are seen playing against each other. Since it was promo of “Finals”, Twitter was filled with tweets that IPL 2018 is fixed. However, the reality is something else.

Truth behind this video;

Well, Hotstar must have made 2 videos, one of CSK v/s KKR and other of CSK v/s SRH so that they can post the final promo as soon as qualifier 2 between SRH vs KKR gets over. They cannot wait to create the promo after match finishes because promo creation is a tough job and it takes time to create a promo. However, only one video got circulated, which is why fans were left talking about it. Hotstar removed the video, but still, people are commenting on it. After seeing the tweets, we can say that Twitterati just knows to hype things. So this means that IPL 2018 is not fixed and it’s just a casual promo.

Have a look at some stupid tweets;

Match and IPL is fixed.
Final: KKR vs CSK

How u are knowing That Damnn upcoming match results???How Bro..??

Is that Exactly True that IPL is a fixing league ..?

RVCJ thinks that it’s high time Twitter users start using their minds. Just a leaked promo (1 out of the 2 promos) doesn’t mean that the match is fixed. Don’t believe in everything that you see on social media.

Watch 12 Best Catches Of IPL 2018. Which One Did You Like The Most?
Brazilian Football Star Ronaldinho Is Marrying His 2 Girlfriends At The Same Time