The Indians are pretty crazy about those things which make them happy or rather we should call them some moments of happiness amidst the daily struggles of life and such things are cricket, movies and food. We Indians are known for having spicy food with rich gravies but there are many other countries where people find it difficult even to taste such spicy food. 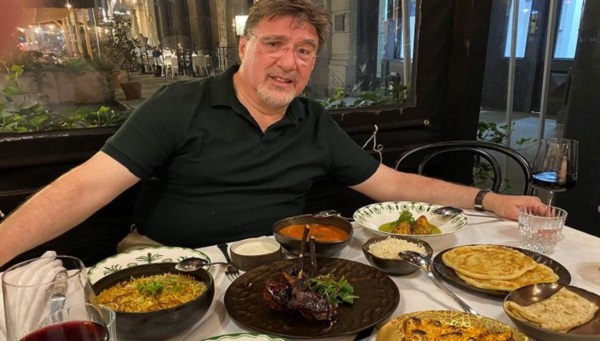 In 2019, an American author Tom Nichols did something which made many Indians very angry. It so happened that while responding to a tweet which asked the online users to post their most controversial food takes, Tom Nichols wrote, “Indian food is terrible and we pretend it isn’t”.

This caused a huge uproar on the social media as Indians who are quite touchy when it comes to their food were not able to ignore this insult and soon the American author understood that he made a big mistake as he was trolled mercilessly for his disrespecting tweet.

After some time, people forgot about it but by then Tom Nichols was suggested to have one more try at the Indian food by some of his friends. The former United States attorney Preet Bharara was also one of them and though Tom and Preet have never met each other in person, Tom accepted Preet’s invitation of having dinner together after the coronavirus pandemic got over.

Tom Nichols: I said I couldn't stand Indian food. Then a Twitter friend took me to dinner. https://t.co/FsY9OsAQaL via @USATODAY cc ⁦@PreetBharara⁩

Recently, Preet Bharara took Tom Nichols for dinner in a lovely restaurant Sona in the lower Manhattan. They ate many dishes such as mutton, fried ricotta, spicy shrimp, lamb chops, butter chicken, etc. but the dish which Tom Nichols liked the most was lamb biryani. 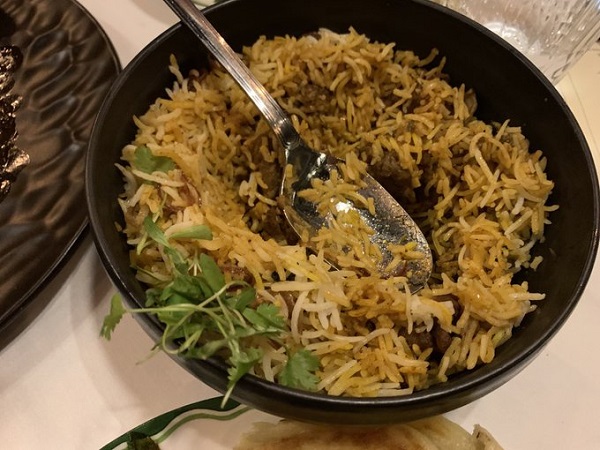 My work is done. I can report that this BS no longer stands. Am I right, @RadioFreeTom? pic.twitter.com/16a70ESm0c

I will admit that things may have changed. Pass the biriyani. https://t.co/9meIZ3jOMp

So I woke up with just a tad of residual heartburn, which is fine considering I ate more Indian food in one sitting with @PreetBharara than I did in my entire life. And worth it to see that Covid relief for India is just a whisker away from 80K. Wowhttps://t.co/Lnr0BFt76a pic.twitter.com/fwncix1lwb

Tom Nichols made a series of tweets in which he declared lamb biryani as the clear winner and soon Twitterati also reacted on this matter.

We have a winner. The first thing I would order again and could even imagine having a craving for at some point. Lamb biryani. Curse you, ⁦@PreetBharara⁩ pic.twitter.com/VCC8vs7hmU

@RadioFreeTom good that you changed your view slightly after one good Indian meal with @PreetBharara. Now to become a full convert , you should visit India & dare to try various street foods, not just gourmet Indian food & then share your experience with readers of @USATODAY. https://t.co/kL6Li9Dgfy

It's amazing what an open mind can do…in all aspects of life.🤔 https://t.co/0QzpdJDdxX

Also India is such a massive multicultural nation to say you don’t like their food is like saying I don’t like a million dishes after having tried a dozen. Tandoori, Madras cuisine, Seafood, Meats & Curries from Muslims to the Muhgals, & the BEST Vegetarian food in the World!

Good for you! I grew up afraid of any food I didn't grow up with. In my 30s, I moved to Seattle where my then girlfriend, a foodie, would patiently explain what was in any dish that frightened me. Now, not much scares me. Not even durian.

As an Englishman, I always knew this moment was a long time coming and I’m glad you’ve finally seen the light.

Love this story. Love even more that it brought people together to donate to #COVID relief in India. Also love Indian food. What were you thinking @radiofreetom ? PS it’s not too late to donate!

I didn’t know how much I loved Indian food until I was nearly 40 when I was stationed in Britain for several years. I would make it a point to look up the top rated carryout and dine-in restaurants whenever I had to travel throughout the country and it was phenomenal.

Which is your favourite Indian food dish?