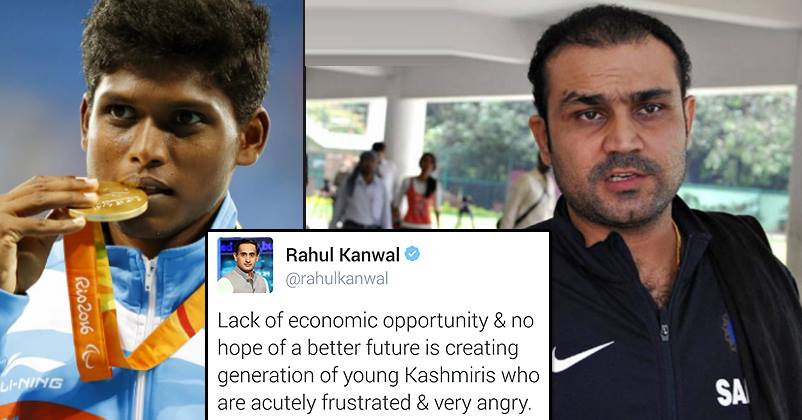 Virender Sehwag, the former Indian batsman is one of the most active social media users in the sports world. Sehwag continues to entertain his fans, not by his batting, but through his epic tweets. Virender Sehwag is known for trolling the people with his extremely funny humor on the twitter. When British journalist and television personality Piers Morgan tried trolling Virender Sehwag, he failed big time. The ‘Nawab of Twitter’ always has an epic comeback.

Sehwag is very active on the twitter, he uses the platform to connect with his fans, express himself, but most importantly to entertain everyone. This former Indian opener Virender Sehwag has won the internet with his funny sense of humor. There is not a single day when Viru fails to entertain with his epic sense of humor on twitter. Every now and then his epic tweet or a hilarious troll from the former India batsman pops up and gets viral on the internet. But this time the former India opener Virender Sehwag was in the serious mood. He slammed all those people who try to sympathize with terrorists and justify their actions. It was a tight slap to all those journalists and liberals in our country who sympathize and are in support of the terrorists in the Kashmir Valley by saying that these people were ‘forced’ to pick up guns due to poverty.

But Virender Sehwag has the perfect response for all those people who think poverty causes terrorism! Often it is said that poverty is the main reason why a lot of people are driven into doing criminal activities, misled into picking up guns and a lot of extremists use this poverty to brainwash the innocent people to choose terrorism as a solution to their problems. A lot of liberals and journalists believe the same rationale has been used in Kashmir. But Virender Sehwag doesn’t believe that. He cited the example of mother of Rio gold medalist ​Mariyappan Thangavelu to explain how poverty is a poor excuse for terrorism. Thangavelu became the first Indian Paralympian to bag a gold medal in the men’s high jump T-42 category.

So guys do you agree with what Sehwag said, do you think poverty is a poor excuse for terrorism? Do share your views and opinions in the comments.

Ashwin Shuts Down Pakistan Fans Who Made Fun Of India’s Paralympics Victory!
Every Jio And Vodafone User Must Read This!!