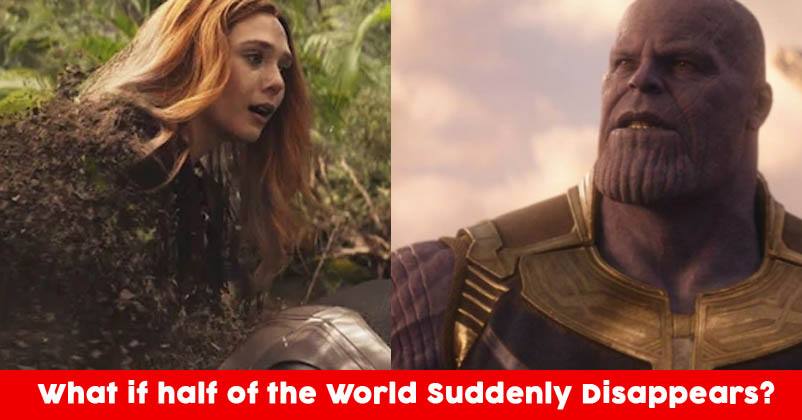 The increasing population of the world is the leading cause of many problems like pollution and scarcity of water and other resources. But have you thought what will happen if someday half of the population disappears in just a blink? Just like half of the universe ceased to exist in a snap of Thanos’s fingers (Avengers: Infinity War).

The earth has about 7.7 million people breathing right now and what will happen if half of them disappear instantly and you are among the remaining half.

What will happen if you survive the mass wipeout while you lose half of your loved one, your mother or your father, your brother or your sister, your wife or your kids? How will you survive on this planet?

Well, honestly it will be the biggest trauma mankind will ever suffer, you will ever suffer. And if you look at the bigger picture here it is even scarier. There are about 1000 flights in the sky at any particular moment and several pilots will disappear, causing more deaths. Train, bus, and car drivers, who would disappear will cause more chaos on the ground. This means that of the half population which has survived will be in bigger danger in the coming days.

What will happen after everything has been settled in a few days?
Good news, it will be a blessing in disguise. You ask why? Well, we will have the same amount of food on earth but fewer mouths to feed, which will be enough for all. No one will die of hunger after that.

People will have more jobs as the ones who disappeared will cause job openings. Once they will be replaced, poverty will decrease, for which the world leaders have been fighting since civilization began.

You can buy your dream house at a cheaper rate because there will plenty of place to live with half the population gone. Won’t it that be fun, you can buy a bungalow at the rate of a 3 BHK flat.

And most importantly the earth will start to heal itself from the climate change. The pollution level will decrease and there is a good chance that the remaining population will easily live for the next few centuries.

Interestingly, such an event has already occurred in the form of Black Death in the mid-1300s. But instead of disappearing millions of people died of a bacterial infection. About 25 million people met death in Europe, equal to half of the population of the continent at the time. 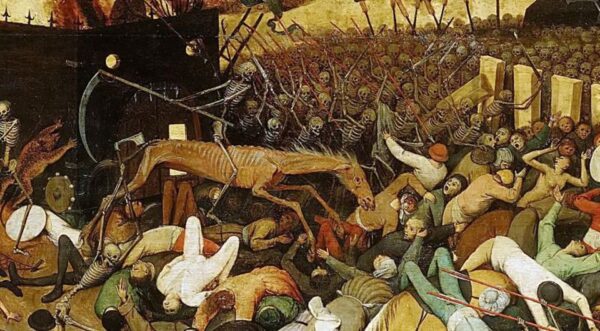 History teaches us that we learn nothing from history. The way we are going, even after a mass wipeout, in about a century the population will again reach to the same, causing similar problems we face today.