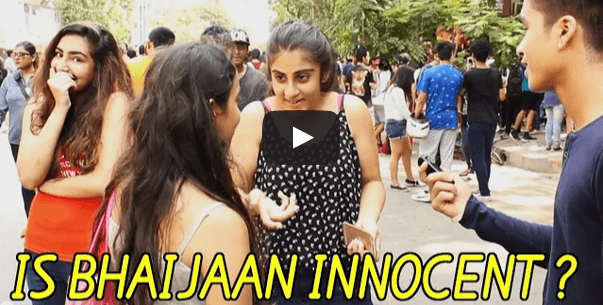 Salman Khan’s 2002 hit and run case has constantly been a burning topic for about a week, attracting all and sundry to express their views on the matter. The issue is very much related to general public, as it’s no less than injustice with pavement dwellers of whom one got killed at the time of the incident. The biggest and most important question which people ask in relation to this case is – if there had been anyone else other than The Bollywood Superstar Salman Khan, would the same thing have been applied to him also? Additionally, this is also not justified that the victim who got killed along with the four others who were injured and not to forget Patil who, in a way, lost his life because of Salman Khan suffered yet the criminal himself is roaming outside freely.

On the other side, people don’t deny from the good deeds Salman did but yes, taking into consideration those, his fault and the pain of victims can’t be ignored.

There are many other reasonable things pointed out by public which makes this video worth watching:

What do you think about hit and run case? Should Salman be punished or forgiven for few nice things he did? Share your views in the comments section below!

These KIDS’ Opinion On RELIGION Will Make You Feel ASHAMED ON YOURSELF
Americans Question Safety Of Women In INDIA. This Girl Says, ‘LOOK AT YOUR OWN COUNTRY; IT’S WORSE’