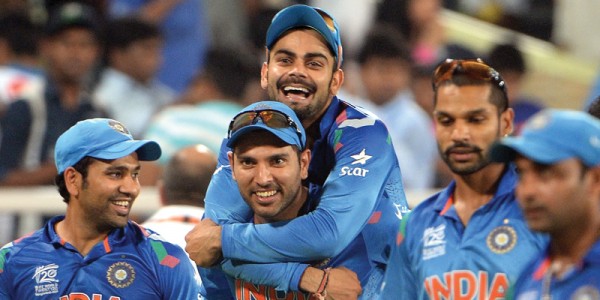 A true gentlemen that he is, it was more than expected that he will come out in open to support another cricket legend. After all the hoopla surrounding Anushka’s visit to Australia to see her cricketer boyfriend scoring just 1 runs, Yuvraj Singh took to Twitter where it all began to show support to the couple.

In fact he also boasted about the score and the records that Virat has made before and made India and the Indian cricket team proud. Nonetheless, we also support Yuvraj after all he is hundred percent right. There is no denying that Virat performed very poorly in one of the most hyped and crucial match, but the fact that he is an outstanding batsmen can also be not ignored.

And, for Yuvraj supporting the couple, we can very well understand because he has also seen these days, when he used to get linked with almost all Bollywood actress. May be that is the reason,Yuvraj has supported his teammate.

Whatever be the reason, It was wrong on everybody’s part to blame the poor damsel