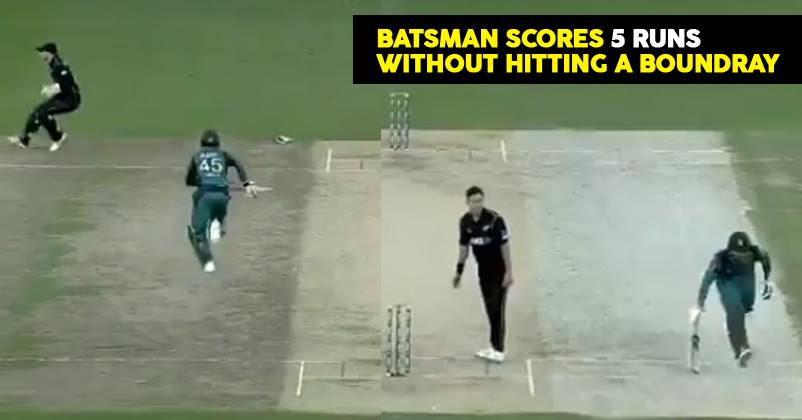 How many times have you seen cricketers running between the field for 5 runs? Well, those who have never seen it before are here to experience something that is very rare.

In the 3rd ODI match between New Zealand and Pakistan, the batsmen of Pakistan ran for 5 runs and you won’t be able to resist watching it again and again.

It was the 5th ball of 49th over that Pakistani all-rounder Faheem Ashraf was playing. He pulled off a really nice shot in response to the full toss delivery from New Zealand fast bowler Trent Boult and both the batsmen ran from 3 runs. That’s when the magic happened. 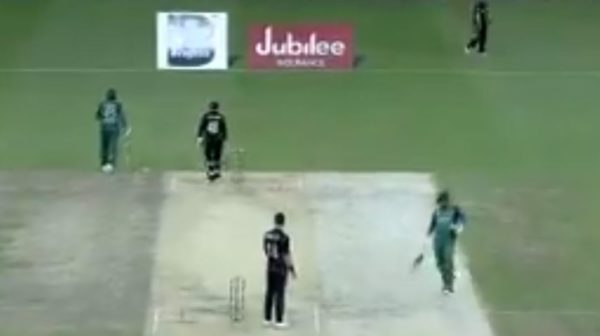 As the fielder threw the ball towards wicketkeeper and he made a wrong throw towards the non-striker’s end, both the players got a chance to run for a 4th score as well. But that was not the end and the world had to witness one more goof up by NZ players. This led to the Pakistani players going for and scoring the 5th run as well.

Watch the interesting video below-

FIVE RUNS TO GET OFF THE MARK 😲

Faheem Ashraf plays it towards the leg side and there is confusion all around. It's all happening in Dubai