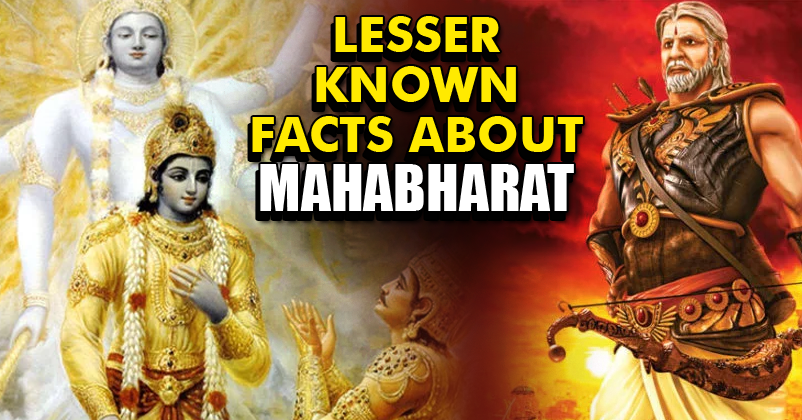 Mahabharata is one of the two major Sanskrit epics of Hindu mythology, the other being the Ramayana. Mahabharata is considered as the powerhouse that contains all the knowledge about the life. Mahabharata is an epic narration of the Kurukshetra War which was fought between the Kauravas and the Pandavas. Mahabharata is a vast treasure house of all the facts and knowledge and it is not possible for anyone to know everything about this holy text. Many of the facts that are either missed out or are still unknown to people.

One of the most followed and respected religious text “Bhagwat Geeta” is a part of Mahabharata. Mahabharata was written by Ved Vyaas. The Mahabharata is the longest known text ever written and has been described as “the longest poem ever written”. Its longest version consists of over 100,000 shlokas or over 200,000 individual verse lines. Today we will tell you about secrets and surprising facts of Mahabharata.

1. Sahadev, one of the brother of Pandavas knew everything about the future and the war. But he could not tell anyone about this as he was cursed to die if he revealed anything. So he kept his silent and didn’t tell his own brothers about the war. 2. Bhishma Pitamah was a great intellect he knew that Shikhandi was a women in his past life and his name was amba. 3. There was a great rivalry between the Pandavas and Kauravas, and Shri Krishna was on the side of Pandavas, and Duryodhan was a kaurava. But, Bhanumati (Duryodhan’s wife) was a devotee of Lord Krishna. 4. Balarama had originally planned to marry his sister Subhadra to Duryodhan. But Subhadra wanted to marry Arjun so she ran away with him. 5. Arjuna’s son Abhimanyu was actually the soul of a daitya(demon) named Kalyavana. Krishna burned Kalyavana to death had captured his soul and took him to Dwaraka only to stuff him into a cupboard. 6. Ekalavya was actually the cousin of Krishna. He was the son of Devashrava who was the brother of Vasudev. He got lost in the forest and was found by a Nishada Hiranyadhanu. Ekalavya died while fighting with Yadav vansh. He was killed by Krishna. 7. Yudhistir had another wife whose name was Devika. She was the daughter of Govasana of the tribe of Saivya. Her son was Yaudheya. 8. Dhritarashtra and Gandhari retired to the forest 15 years after Yudhisthir’s crowning. The main reason for this was the continuous taunting by Bhim, which hurt and depressed them. 9. Draupadi laughed at Bhishma when he was on the bed of arrows in his last moments while he was giving them knowledge he possessed. 5 Shocking Facts And Secrets About Acharya Chanakya!
7 Good Things The British Did For India And Indians