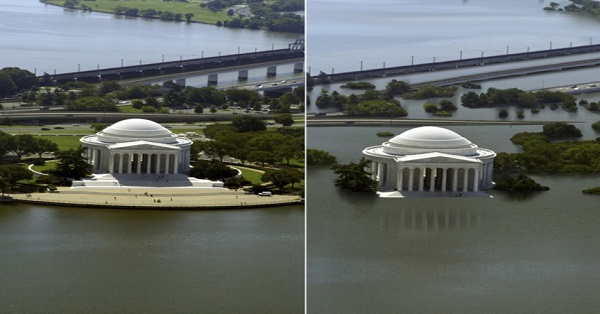 The world is filled with absolutely amazing and mind blowing things, which becomes difficult to pick up a place to visit. These amazing places have managed to wow the people because of their beauty and individuality. Here, are some of the 10 amazing things in the world which you need to visit before they get fade away.

This is also considered as the symbol of undying love which stands with inspiration in full moonlight. However this white marbled structure is already losing its part due to the pollution around. The white marble is slowing talking up pale yellow color due to which it is on a track to close down after 5 years from now. Glacier National Park is growing smaller day by day due to climate changes. There was a time when the park consisted of 150 glaciers but now the number is just 25. According to the national park service the number would be even less than 20 in next 10 years.

Acres and acres of forest are been destroyed every year in Congo basin due to illegal logging and mining talking place. The forests provides home to wildlife, food, shelter, water and protection against floods to more than 75 million people. This is a worth watching place from Egypt which is under threat due to climatic change and excessive pollution talking place. The integral beauty is already degraded due to human activities and natural degradation. This is a must watch before it gets away. There are fears that the ancient site of Babylon will soon be destructed by a group of militants. Across Syria and Iraq various such incredible relics have already been destroyed and sold off. Dead sea is a salt lake whose banks are more than 400m below sea level which is assumed to be exhausting after few years. The largest coral reef system in the world is an underwater magical world filled with plenty of color, biodiversity and visual grandeur. According to study, due to natural degradation there would be only few left behind. A trip to Maldives would surely take you to the trip of heaven. This island is completely a delight for visitors which are predicated to be soon out of the map due to global warming because it lies so low. Lord Howe Island is volcanic remnant in the Tasman Sea between Australia and New Zealand. Even though the island is protected today, it faces the usual threats of oil spills and marine pollution. This is a popular tourist center which may soon be faded away in the coming few years due to the flooding increasing every year.