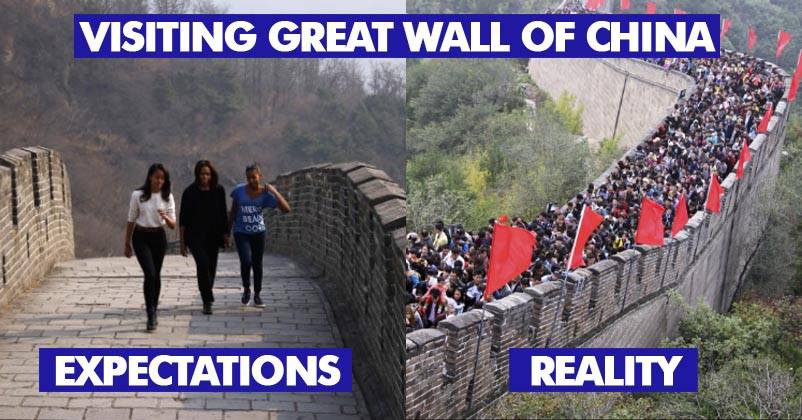 We don’t think anyone of you, who is reading this article doesn’t know about “The Great Wall of China”. It’s the world’s longest man-made structure and is one of the 7 modern wonders of world. We have read a lot about it, but now, it’s time to learn something extra. Yes, just to expand your knowledge about the wonderful man-made structure, check out these 10 facts about the Great Wall of China. The first parts of the wall were built in the 7th century BC and the total construction of the wall took over 2000 years. The most famous is the wall built by Qin Shi Huang of Qin Dynasty.

Over the years, the Great Wall of China had different names like the “Rampant”, “Purple Frontier” and “Earth Dragon”; in the end of the 19th century, the wall finally got its official name the “Great Wall of China”. At its broadcast point, the wall is about 30 feet wide and the maximum height of the wall is 12 feet. The top the watch tower (highest point of the wall) is around 26 feet high. According to some studies the total number of people who were involved in the construction of the wall could have been as high as 800,000. Many people believe in a myth that the wall is visible from the moon but even if a person will watch the wall from height of 2 miles, it would be like viewing a human hair. So, the myth of visibility of the “Great Wall of China” from the moon is not true. The main purpose of the wall was not only protection against invasions from the North but also for imposing duties on transported goods and for controlling immigration. In 1987, William Lindesay, a British long distance runner made a solo journey along the Great Wall on foot about 1500 miles. During the construction of the “Great Wall of China”, the Chinese people invented the wheelbarrow, which become a very popular thing used during constructions.

Over the centuries, thousands of battles have been fought, Many dynasties, kingdoms fought battles on the wall conquering and defeating their rivals, the last one was the second Sino – Japanese War in 1938. Continue Reading
You may also like...
Related Topics:10 Astonishing Facts About The Great Wall Of China