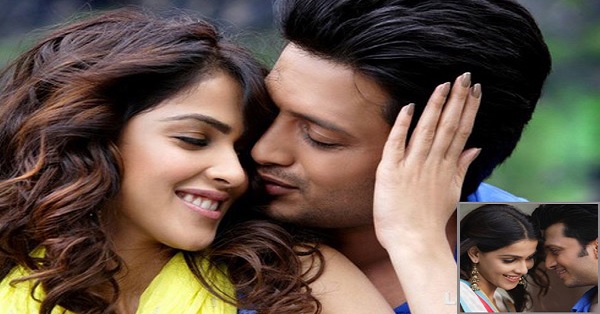 Loves stories are the best stories that can ever calm your heart and soothe your ears. There are many unfortunate couples who lost their love of life or found love after their first marriage. Well, some couples just got hooked with each other when they were just 18. There are many stories in India, which convinces us with their true love and emotions for each other. A true love story comes in a blend of emotion, happiness, feeling, love and respect for each other. Days spend together does not matter, but the quality of days spend with each other do matters. Friendship is the first step for an everlasting relationship. There are many such examples in our Bollywood, who convince us to say there the best couple.

This couple dated almost a decade before tying knot to each other a year ago. They happened to meet first time at airport, where they gave a start with their friendship and then eventually grow into love. The couple has delivered a baby boy.

The couple felt for each other when they were shooting for their movie “guru” after which they decided to get married. The couple is now blessed with a baby girl.

Mallaika arora khan is deeply in love with his husband, who met Arbaaz Khan when she was just 18 and then the couple felt for each other. Saif ali khan started feeling for Kareena kapoor when they were shooting “Tashan” movie. They dated together for almost 5-6 years before their marriage.

King khan felt for his princess when she was just 18. After Gauri had moved to Mumbai, Shahrukh shifted to Mumbai to search for his love of life. They are blessed with 3 children. This was love in first site, when john saw Priya Runchal at gym in Bandra. This was when john and Bipasha were moving on together. The couple has tied a knot after dating each other for a year. The couple met just like business acquaintance where Raj Kundra was helping Shilpa to get her promotion in Samsung S2. After this their love knew no bounds, and tied a knot to each other 4 years back. The couple is blessed with a son. They both locked in love with each other with various award functions held. They got married 2 years ago. This couple had a secret wedding in Italy on 14th April. Initially they used to like each other, but never gave a serious thought about marriage. Their parents’ approval encouraged them to marry together. Kajol was in love with Ajay Devgan from 1995.They met each other on their shoot hulchul, after which they grew older with their love.

Who is your favorite Bollywood couple? Share in comments section below.

10 Ways In Which Bollywood Has Ruined Your Life
Alia Bhatt & Sidharth Malhotra Makes The Most Cute Married Couple, Check The Video Here