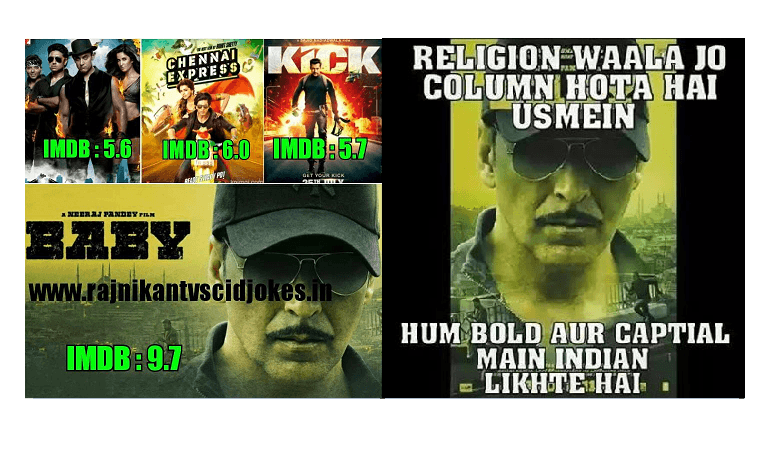 Akshay Kumar’s Baby movie got lot of appreciation from public as it is one of the best movie against terrorism. This movie didn’t get good ratings on NDTV & other leading review websites but word of mouth and some viral meme on Social media made it hit. Akshay Kumar even said that he will donate his 50% income from Baby to Indian Army. We appreciate him for acting in this movie and let’s have a look at some of the meme that went viral over internet:- 7. I made baby to fight against terrorism as terrorists are more dangerous thank pakhandi baba’s 10. Why Akshay kumar is better than all Let us know your comments about Baby movie? Did you like it, if yes then which was your favorite dialogue from this movie?