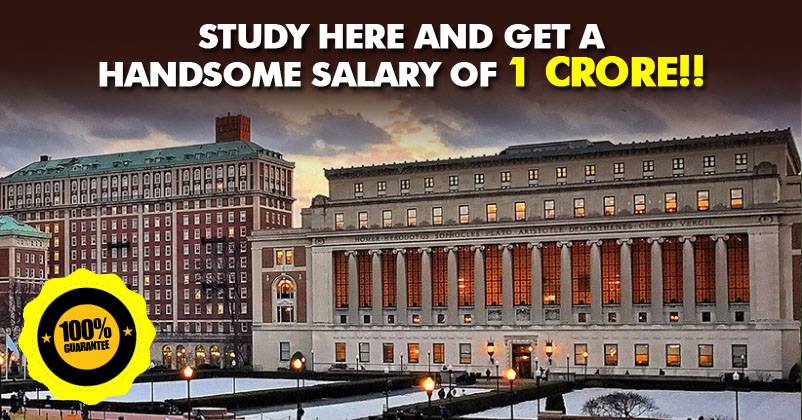 If you study in a university or want to study in a university did you ever compare it with others? We are not talking about comparing the weather, campus or party life but about pure academic standards. Our list is based on data provided by the Center for World-Class Universities, which is operated by Shanghai Jiao Tong University. Every bright student would love to get admission in these universities but only few are lucky. These universities are known all over the world for their academic values. Many great leaders, businessmen, entrepreneurs, scientists studied in these universities and become what they are today. A Great package is 100 percent guaranteed after studying here. So, here is our list of 10 best universities in the world. I don’t think this one was a surprise for you; Whenever a good list related to universities come out, you’ll find Harvard always on the top spot. Founded in 1636, Harvard University is the most prestigious university in the world and also one of the richest with $37.6 billion endowment. Its list of famous alumni is never ending. MIT is one of world’s leading science research center. MIT was founded in 1861 and is based in Cambridge. With an endowment of $13.4 billion, the university is popular for its contribution in scientific research and engineering. Companies like Intel, Qualcomm, 3Com, Bose, Koch Industries, Dropbox, Rockwell International and many more are founded by the alumni of MIT. The university was established in 1868 and since then, it became one of the major institutions for higher studies and research. University of California has total 10 campuses, with 238,700 students and 135,900 staff members. Founded in 1209, The University of Cambridge is older than most of the nations in the world. It’s one of the oldest surviving university in the world and is alma mater of people like Sir Isaac Newton, Srinivasa Ramanujan, Stephen Hawking, Charles Darwin, John Milton and many more. Founded in 1746, Princeton is a private research university in Princeton, New Jersey. The university has a endowment of $22 billion and is one of the prestigious universities in the world. The university was established in 1891, and every year 7000 applicants compete for just 200 spots. The university has a 3:1 student/faculty ratio and $2.1 billion endowment. Established in 1754, Columbia University is the fifth oldest institution in the USA. The notable alumni of University include Barack Obama,  Theodore Roosevelt, Warren Buffett,  James P. Gorman, Vikram Pandit, Herman Hollerith and many others. Founded in 1890, the faculty and students have won total 89 Nobel prizes. The university has endowment of $7.5 billion and some of its notable alumni are Satya Nadella, Larry Ellison, James O. McKinsey, Enrico Fermi and many others. Continue Reading
You may also like...
Related Topics:10 Best Universities In The World That Guarantee Minimum Rs 1 Crore Package