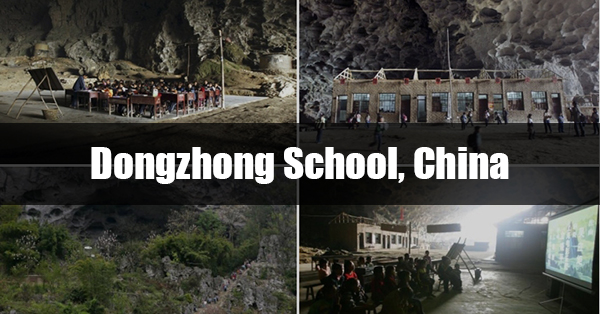 Who says, school can always be a boring place? School education is different in different countries, and yes it has to be due to some obvious reasons. But here we brought you a list that would state some bizarre schools in the world we bet you didn’t know about.

To reach school on time, students have to overcome various obstacles and river bridges. According to survey, this bridge can fall into river at any minutes. Makoko floating school is one of the most unusual schools in the world which not only have floating platforms and rooms but the areas of walks and games are floating too. This school serves the students like prison and it is said that finishing school from jail time gives them better chances to be intellectual in real life. This is a school for children between the age group of three and six and is held exclusively outdoors. Prostitution is legal in Spain and this is a school which runs to educate prostitute the effective ways to trading. The school also offers basic course in profession prostitution. Inderjit Khurana from Orissa was the founder of this special type of school which carters only to needy and poor children. She observed they were lots of people begging on station and it was extremely difficult to take them all to school, so she decided to educate them in platform itself. Gulu is a small village located in China and there is a school hidden in this Mountains area. Gulu elementary school which is there from last 18 years is run by a single teacher. Due to flood attacking Bangladesh quite often, it becomes difficult for children to reach school. To combat this problem, floating houses and schools were constructed over rivers and currently there are 70 boat school in Bangladesh which benefits 2 lac students each year. The Dongzhong Mid-Cave Primary School is in Guizhou, which is one of the poorest cities of China and the school is constructed inside a cave which is now popularly known as Cave school.