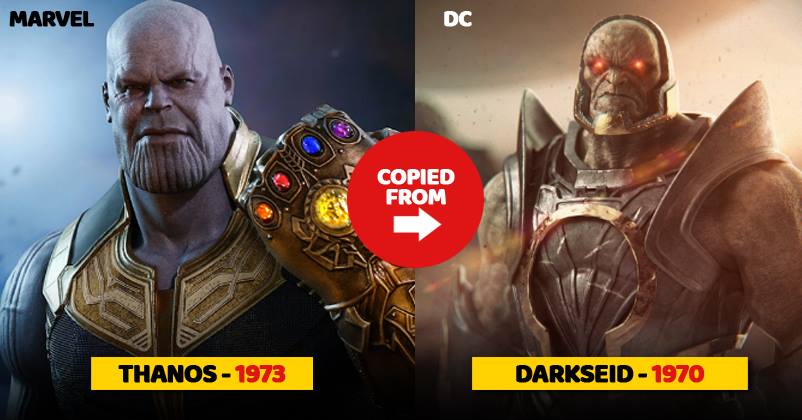 When the creators of comics create a character, they are allowed to derive their inspiration for their villains and superheroes, from all kinds of sources. They can create characters based on real people they know of or some famous personalities which they admire. Many a times the characters are fictional and are purely a result of the imagination and creativity of its creators. But sometimes these creators run out of ideas, so what do they do? Well they rip-off other comic book characters because it’s easy. Yes, they take inspiration from the characters already in existence. In fact, they use the designs and personalities of these characters to create their own brand new characters. We know Marvel and DC are arch rivals. However, this intense rivalry doesn’t stop these comic book giants from taking inspiration from each other.

Given below are 10 characters that Marvel copied from DC.

1. Here we have two speedsters. Flash came first, he’s the original speedster who made his debut in 1940 as Jay Garrick. Creators of Quicksilver took inspiration from Flash and created the character in 1964. 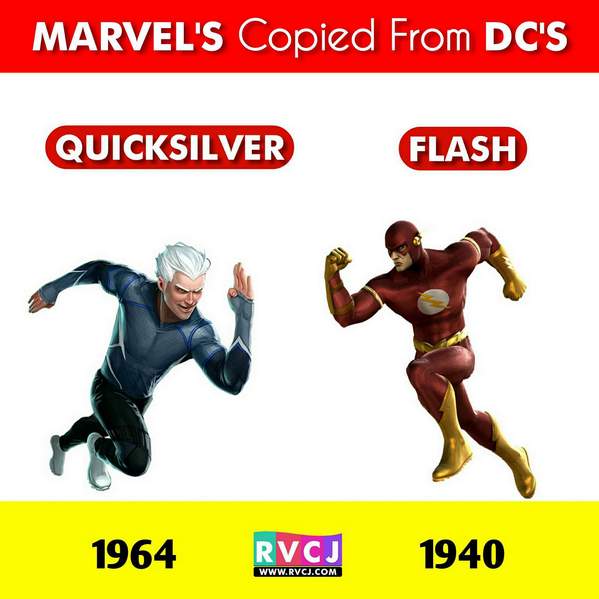 2. Marvel’s 1962 creation of the Incredible Hulk may play the part of the hero. On the other hand, DC’s 1944 character of Solomon Grundy is consistently a villain, however, the two do share similarities. For example, both the characters struggle in keeping their temper intact. 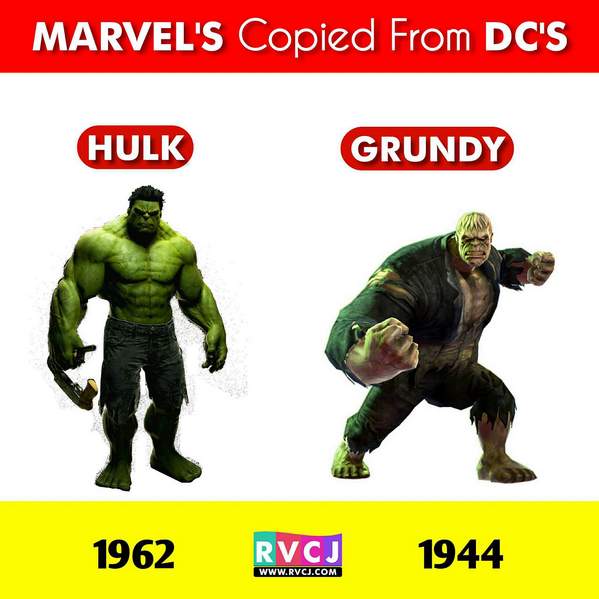 3. Hawkman first appeared in 1940. Ever since his debut, many different incarnations of the characters have appeared in the comics. Warren Kenneth Worthington III AKA Angel appeared in 1963 as a founding member of the mutants faction named X-Men. 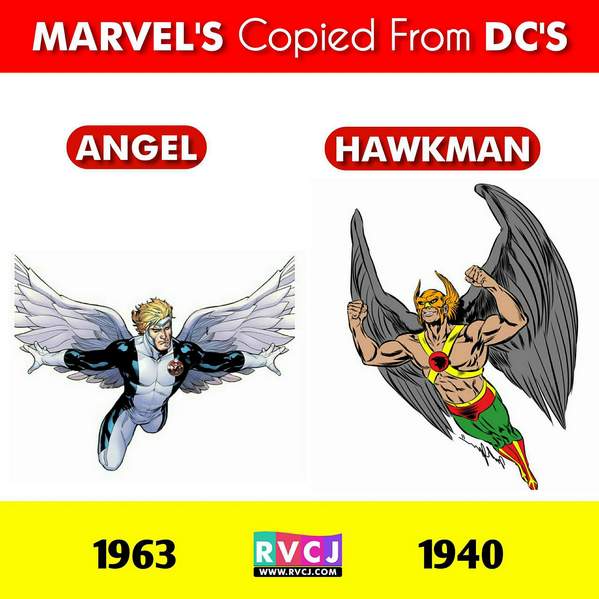 4. While DC’s Green Lantern Corps were introduced in 1959 as an intergalactic policing force that protects the galaxy, Marvel introduced the Nova Crop in 1979. We have Green Lantern with his power ring and Quarsar with his Quantum Bands. 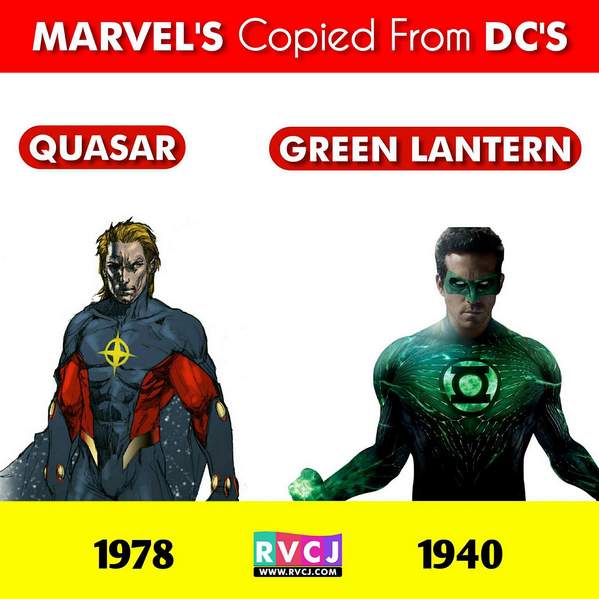 5. Rocking the bow and arrow long before Katniss made it cool, DC’s Green Arrow made his debut way back in 1941. And then in 1964, 23 years later, Marvel debuted the character of Hawkeye, their version of superhero archer. Both of them are orphaned guys who take on baddest foes with their trusty weapon of choice. 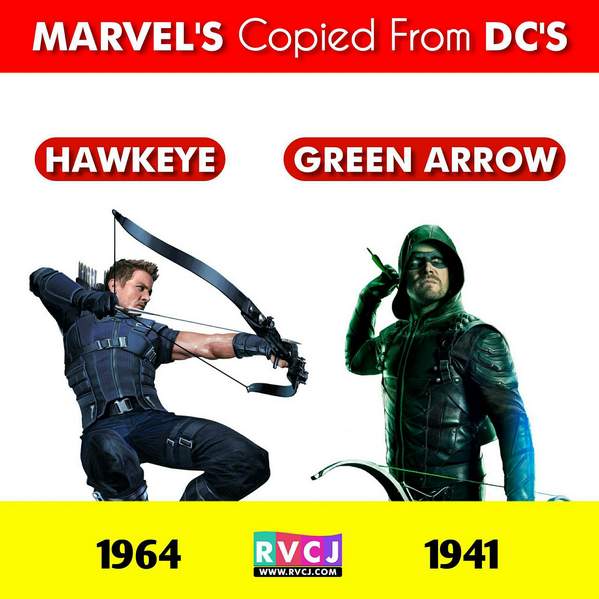 6. DC’s Deathstroke debuted in 1980 while Marvel’s Deadpool first appeared in 1991. Both characters started off as villains and then reformed. Both characters have similar color schemes and similar weapons. 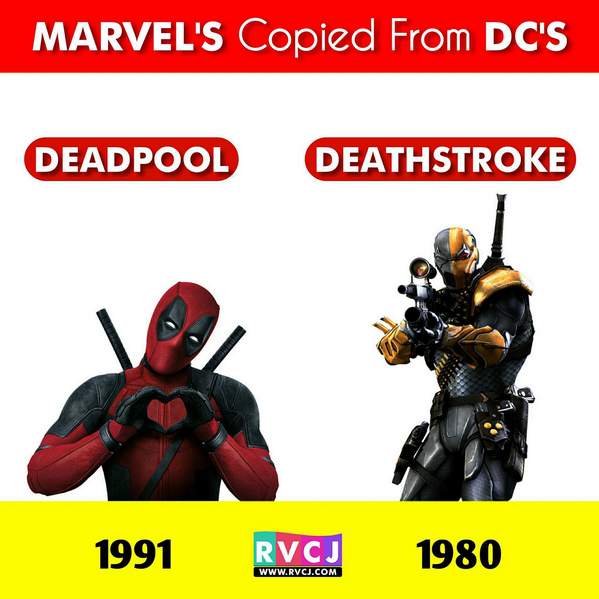 7. They are big, they are bad, they are evil, and they are only 3 years apart. DC’s Darkseid made his debut in 1970 and Marvel’s Thanos trailed after in 1973, where he became a central villain to the Guardians of the Galaxy. 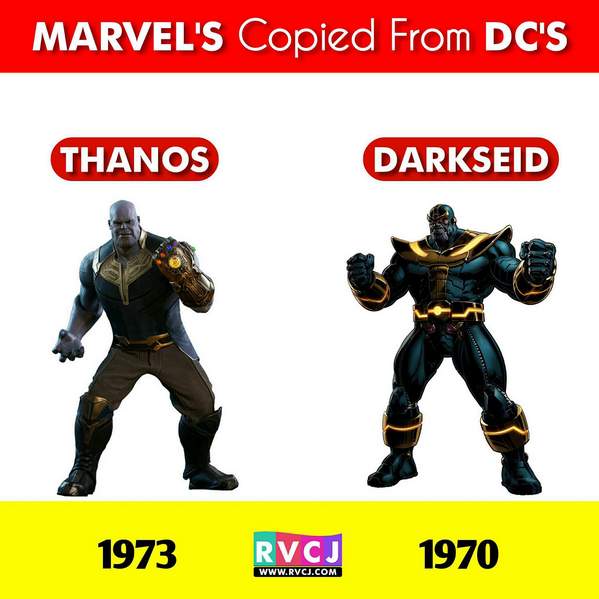 8. After his entire planet was destroyed by a creature, the Martian Manhunter traveled to Earth to protect the planet from the destruction. Ultron created an android names Vision to help him realize his goals and defeat the Avengers. But Vision realized his mistake and became a part of the Avengers. Martian Manhunter (J’onn J’onzz) first appeared in 1955 whereas Vision made his Marvel debut in 1968. 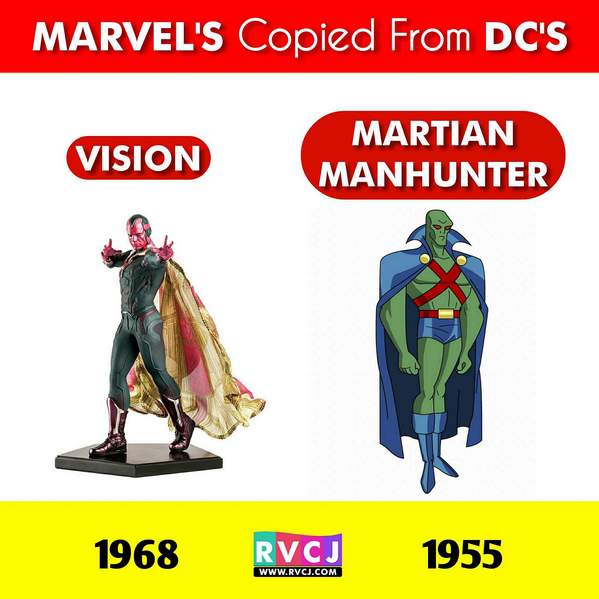 9. The character of Doctor Strange first appeared in 1963 in the comic book titled ‘Strange Tales’, whereas Doctor Fate made his first appearance way back in 1940. Both the characters have many similarities such as their appearance and use of magic skills. 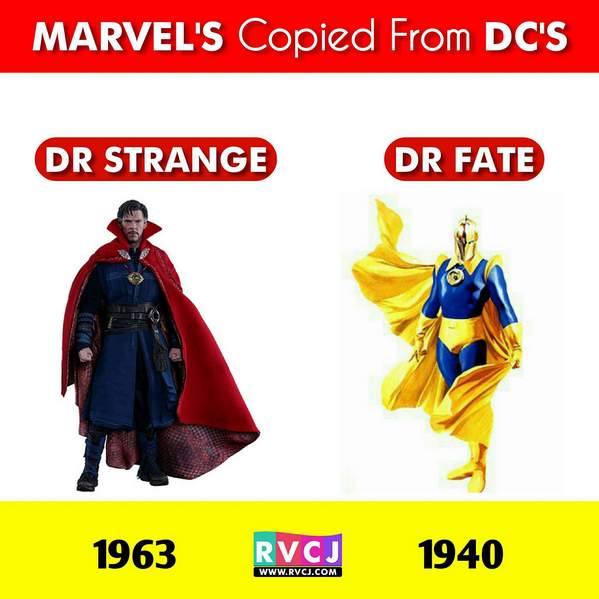 10. DC’s Brianiac has taken on many forms ever since its debut in 1958, whereas Ultron made his debut 10 years later. Ultron borrows several characteristics that originally belonged to Brianiac such as super intelligence, ability to self-repair, and consciousness. 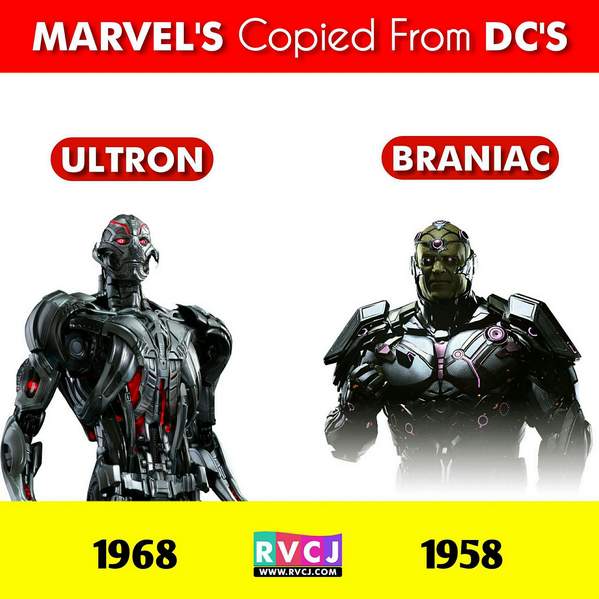 So these were the characters that were copied. What do you have to say?

Where Was Captain Marvel During Avengers: Infinity War?
Salman Trolled On Twitter For Lyrics Of “Selfish” Song; Netizens Compared Him With Dhinchak Pooja