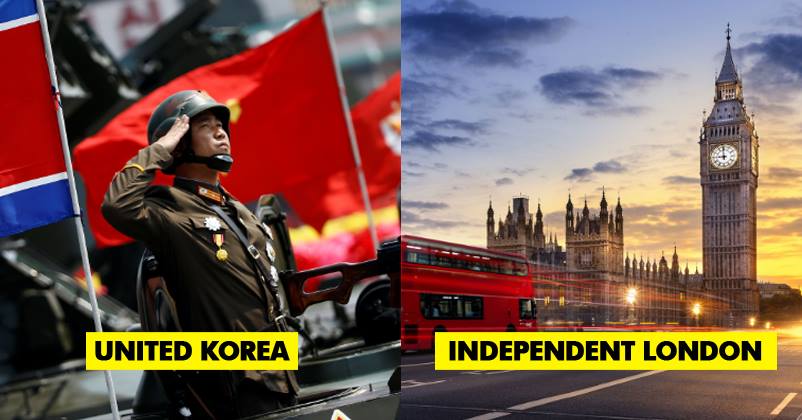 The birth of a new era marks the beginning of something crucial, it means the end of something old, backward to give way to the promise of a good start. The birth of a new country is just as same, a crazy, exciting time. This comes from all the lands usable enough claimed and done with, new countries do not just forge, its beginnings come from unification, merging or from the ruins of old states, the collapse of such states. This whole process gives each one an emotional intensity, rarely ever seen in world affairs. Afterall, people still feel the ramifications and consequences of world order and geopolitical shifting.

Look at the birth of South Sudan in 2011, or Kosovo in 2008, or the reunification of Germany in 1990. Such moments are rare and should be cherished. Well, rare that they are, they’re not impossible, sooner or later we’ll be at a stage wherein we shall all be a part of yet another ramification and such shifts in geopolitical history.

Here’s a possible list of independent states in the near future: 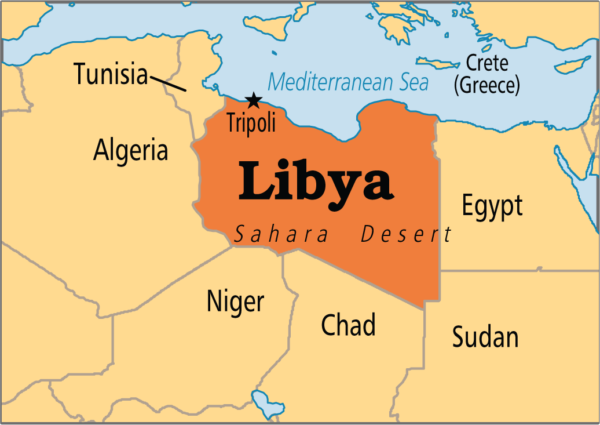 A state filled to its brim with chaos, since the time Gaddafi was overthrown, the country has just kept tossing in-between diverse and extreme visions of what it should be, never settling on one of them. The state of affairs has pretty much deteriorated with Militias seizing control of large areas. ISIS taking over drapes of central territory. Multiple self-declared governments have emerged, each claiming to be the legitimate one to rule. Amidst all this, the one thing to keep it all together has been falling apart, East and West Libya, that is; with a finality to end each other’s unification and go separate sooner.
Furthermore, fueling these split fires are the two governments at each side, with the UN-backed government taking control of much of the West, in Tripoli. In Tobruk, a government very loyal to renegade General Khalifa Haftar has been established on most of the East. Now, with their own Central banks, rivaling currencies and own infrastructure they pose a greater threat to the collapse of East and West Libya. The creation of these two new states will result in each facing a massive uphill struggle against terrorism and financial instability. Not only will that not be cherished, rather it will be a living geopolitical nightmare. 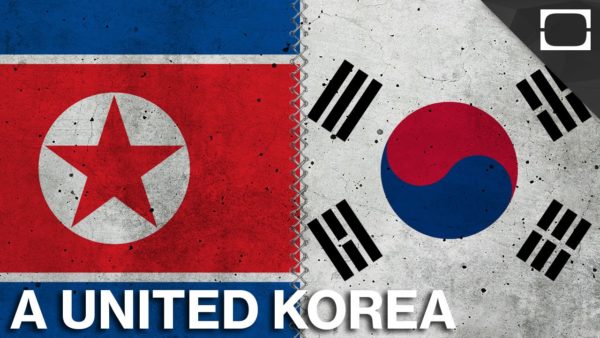 While one half of it is a hyper-capitalist tech-utopian society with one of the highest living standards in Asia. Meanwhile, its other half is nothing but an impoverished wasteland ruled by a paranoid dictator with a predisposition for illegally detonating nuclear bombs. Now, considering the fact that reunification is a strict and no discussed, official government policy for both the South and North Korea, the idea is not so much like a pie-in-the-sky.
Though looking at the shape and standards of North Korea at the moment, the costs of reunification would be enormous. There will at least be an immediate financial debt of $1 trillion to be met with after the reunion, not to forget that South Korea will have to maintain both the halves from collapsing immediately. Though North Korea is something out of the dark ages, it will still have incentives in its reunion, like The Economist has calculated that mining the North’s rare minerals could give South Korea a $12 trillion return over in the long run. Then there’s an invaluable advantage of not having a very close angry, nuclear-armed neighbor on your doorstep, all the time breathing down your neck. If ever in future, the North ever collapses – due to an obvious revolution or an even obvious coup – the official policy is for them to reunite. Which can take place years later or maybe even tomorrow morning.

3) The United States Of Europe: 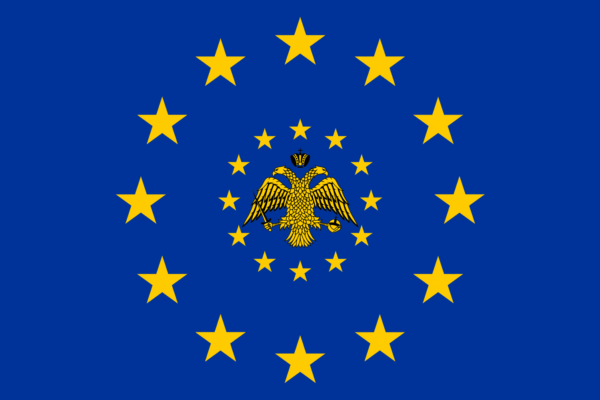 The call for a ‘United States of Europe’ was first issued by none other than Winston Churchill. As in 1946, this seemed to be one of the best ways to end the suffering from the bruising wars. Since then, many have repeated his call. Recently, though the Vice-president of the European Commission called for an 18-nation superstate enfolding countries already using the Euro in common, with the remaining the other 10 nations of the EU (inclusive of the UK) remain as close allies. Now, this has been met with quite unpopular views what with the current situation and dilemmas of the financial crisis, Greek recession, and refugee crisis through its also subject to debate, as many also think that this can be a solution to all their crisis. Building ‘a United States of Europe’ is basically combining of a common government, army, and currency, as in accordance with the treaty that made the current modern EU. Though these plans have been shifting for a later date’s debate, as of now the rise of nationalism in the state has already taken the front seat of mounting tensions, as there’s a strong case being mounted on the ascension of the EU to full-blown nationhood before 2030. As nationalism has predicted that either there should be closer integration or a return to the days when the EU was merely a trading bloc. 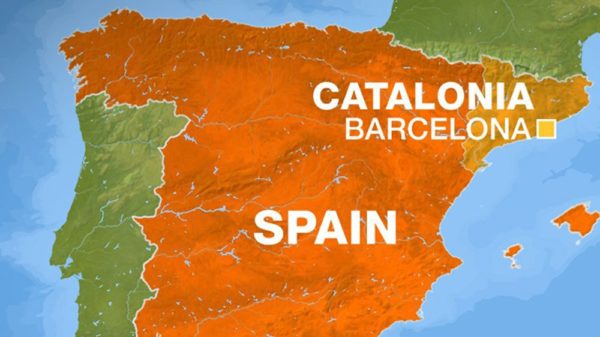 Home to Barcelona, and the economic engine of Spain, Catalonia is Spain’s answer to Scotland and London. It has always been fiercely independent with its diversity, own language (Catalan), and its own currency. Since 2014, after a non-binding referendum had over 80% of Catalans vote to split from Spain, it followed by having a government of avowed nationalists though that collapsed being budget wrangled. Well, since it’s already on its way to secession, a Catalan state would be relatively wealthy and have a good industrial base, the question is only that of ‘when’ and no more an ‘if’! 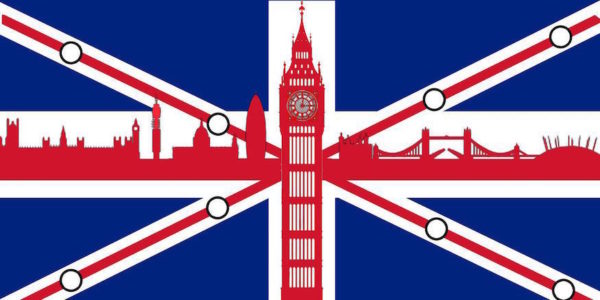 With the secession from EU, it seems that London isn’t far to follow the footsteps, the UK capital and one of the most dynamic cities on Earth; has a full-proof potential to leave the UK. After with a powerful population of over eight million, land area far in excess of city-states like Singapore, and already being, culturally and economically detached from the nation around it; the question isn’t about whether London can be a microstate, but whether the UK will be able to stabilize itself over it. Though the arguments for this independence is pretty strong, as the city-state of London would benefit by no longer having to send money to the rest of the UK. While rest of the UK shall benefit by ending its political dominance. Basically, an independent London will be powerful financial center dominated by left-ish politics. 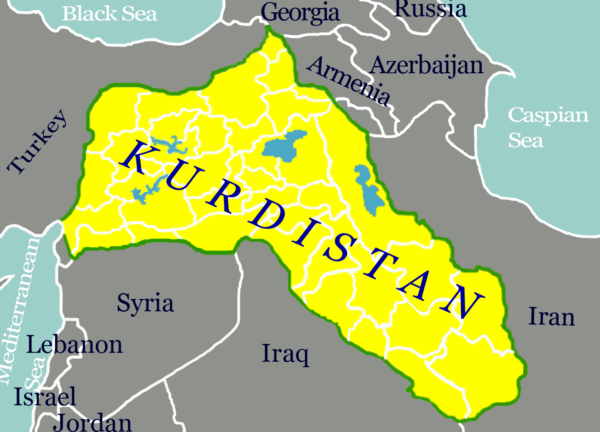 An ethnic group from the Middle East, they lost their homeland in the split between Iraq, Syria, and Turkey, owing to their loss and the aftermath of WW1. Well, since then they have been fighting and agitating for a separate Kurdish state, following a civil war in Turkey and an attempted genocide against the Kurds in Iraq. Amidst this came the Syrian civil war and rise of ISIS, to which the Kurds became allies to the US in the region, now open talks of Kurdish statehood takes place. Kurdish forces have seized territory ISIS took from Iraq, even large enfolds of Syrian land were under the Kurds control. This led to the vacuum in northeast Syria and northern Iraq, to be filled in with Kurd’s de facto independence. Though there are still quite a lot of challenges in the way to complete independence and separate state. 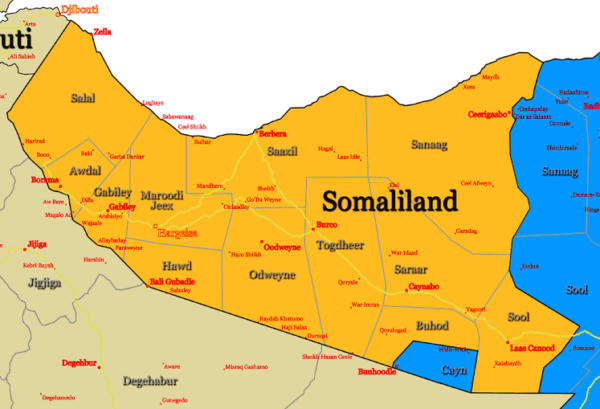 Well, this one’s already a state, but modern day Somalia entails Puntland and Somalia itself, though it declared independence from Somalia way back in 1991. Since then all 35 years has seen an independent free election, kept at peace, created state infrastructure (including its own currency), and developed economically. Even when it further disintegrated and it’s neighborhood Puntland became a den of pirates and jihadists. Somaliland doesn’t have any recognition for this independence though, yet does business with the US, EU, UN and Arab League. Also maintains its own army and controls its borders.

8) The Shetland and Orkney islands: 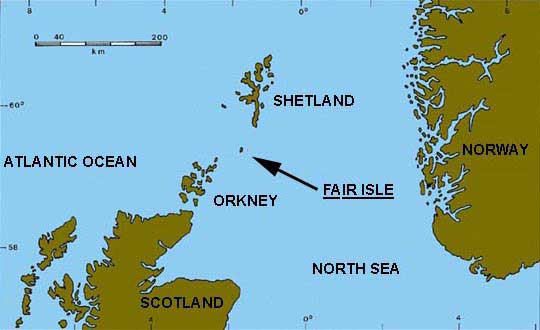 This could definitely either become a cluster of federated islands or separate state islands. As the threat of Scotland seceding from the UK looms over their head, their plans have been drawn up to potentially create three new microstates, including the Outer Hebrides. As soon as the referendum passes through Scotland, Edinburgh will lay its claim on the islands, saving this they will then claim independence. Afterall, it’s quite economically viable. Shetland and Orkney are both dependent on their vast gas and oil reserves. Even with falling oil prices, they have tiny communities (Orkney has a population of just 20,000) to maintain and could quickly become some of the richest per capita on Earth. 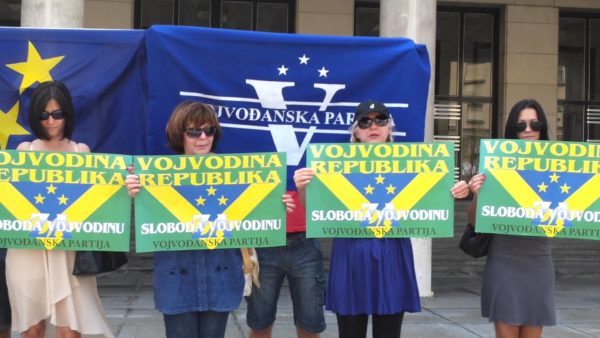 It seems that the complex disintegration of Yugoslavia is yet to gain its completion, as two more of its parts try to agitate for their independence. The former republic has split into seven different states (Slovenia, Croatia, Bosnia, Kosovo, Montenegro, Macedonia, and Serbia) now there’s two more left to go Vojvodina in Serbia, and Republika Srpska in Bosnia-Herzegovina. Though the later is more likely to gain separate statehood, also with the potential of another Balkan war to spark off as well. Well, even a Bosnian civil war is to be avoided at all cost in the current situation; on top of that a referendum is due to take place in 2018; a breach of the 1995 peace settlement. Now the other institutions are worried over another spark for the Bosnian civil war to take place.
To the utter irritation of Serb nationalists, less explosive of the two, Vojvodina in Serbia has been agitating for independence since 2009. Now it’s a very possibility that former Yugoslavia countries will rise to nine by 2026.

As we went through the list, there’s one thing we all realized, it’s that when one country falls, the vacuum always has to be filled in by another born. The process is almost as surreal as the myth of a Phoenix, it lives for a certain time and then rebirths from its ashes!

10 Instances Which Prove The True Unity Of India Beyond Religion!
5 People On A Bike, 2 Kids On Fuel Tank & No Helmet. Police Felt Helpless But Twitter Laughed