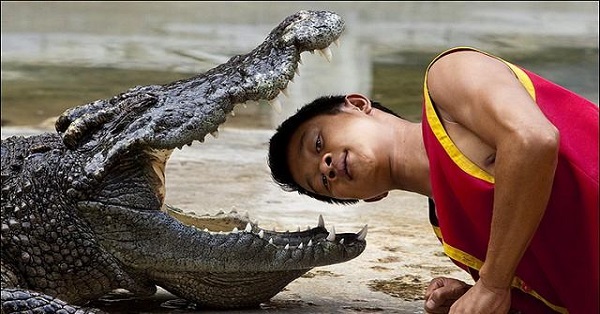 1. HV cable inspector is one of the dangerous job because they are high from the ground repairing high voltage electrical wires carrying dangerous amount of electricity with them. 2. Bull rider is one of the American traditions, where the rider must be at atop for eight seconds, and the bull leads you to the path of death. 3. Alaskan crab fisherman is most dangerous jobs in the United States where more than 80% of death is due to drowning or hypothermia. 4. Iron and steel worker is considered as the dangerous jobs in the world, where a work risk this life on high structures just for few dollars a day. 5. Offshore oil rigger is all about extraction of volatile substances under extreme pressure in hostile environment where 3 out of 5 usually die. 6. Smoke jumper is a risky job where a person is a wild land fire-fighter who parachutes into a remote area to combat wildfires. 7. Suicide assailant is a part of suicide attack where the person intends to kill others and also expects to die in the process. 8. Job of underwater welder works in danger of electric shock, where working on certain places introduces the risk of an underwater explosion. 9. Job of snake milker is to extract venom from poisonous snakes. 10. Alligator wrestlers and lion tamers is considered to be the next dangerous jobs where they deal with the wildest category of animals on daily basis. So, would you ever want to pursue any of these as a profession?