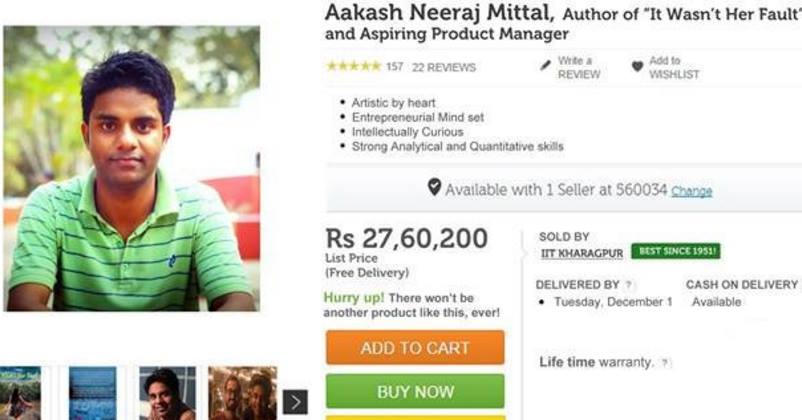 A properly written resume is the first step towards getting a job as it showcases those attributes of the candidate through which the recruiter might be convinced that this particular person is the perfect guy for the job. However, resumes made on word documents have their limits too, and one of them is that the majority of job-seekers make their resumes in almost the same style which makes it boring and difficult for the recruiters to find a candidate who stands out from the public.

Today we are going to tell you about some persons who opted to make their resume in an attractive and unique manner:

1. Robby Leonardi – Graphic designer who gave his resume a form of video game Robby decided to provide his recruiters with a platform where they not only see his qualifications and skills but also witness a live example of his talent. For this, he chose an out of the box method and made his resume in form of a video game! What a cool idea!

2. Vicktor Rodriguez – On the box thinking Vicktor found an awesome method to reach the breakfast table of recruiters by publishing his resume on the cereals box.

3. Akash Neeraj Mittal – He posted himself online as a product on Flipkart We all have purchased products online from e-commerce company Flipkart but Akash found out a unique way to get a job by selling himself as a product on the website of e-commerce company. Needless to say, it was more than enough to attract recruiters.

4. Eric Gandhi – Have you Googled him? Eric used Google search page as a platform to showcase his skills, he made his resume in such a manner that it looked like a Google search result for a perfect candidate.

5. Nina Mufleh – The lady who made Air BnB fall in love with her Nina wanted to join Air BnB and made a resume which forced the top officials at Air BnB to take notice of her and understand that they just can’t lose this employee.

This guy did something which has made the Internet go crazy for him. He designed his CV in the form of a magazine and hardly there can be anyone in this world who won’t be impressed with this person.

Just take a look at his resume: Continued to the next page And this is how it finished 7. Philippe Dubost – He just Amaz-ed everyone We told you about Neeraj Akash Mittal who posted himself as a product on Flipkart, Philippe did almost the same thing on E-commerce giant Amazon’s website.

8. Dawn Siff – Creativity at its best

Click here to watch this video directly on Vine

Dawn calls herself an “Idea machine” and what a brilliant idea she implemented when she made a Vine which conveyed the recruiters that she has everything that they are looking in a candidate.

9. Josh Butler – He put his services on sale on Ebay

Josh Butler derived an awesome way to put his services on sale by posting them on Ebay, and made himself irresistible for the recruiters.

10. John Boileau – He proved his skills in a video game You Will Stop Sleeping Next To Your Smartphone Once You Read This! Yes, We Are Serious!
Hilarious Video! Song For Modiji On Behalf Of Kejriwal! You Are Going To Watch It More Than Once!