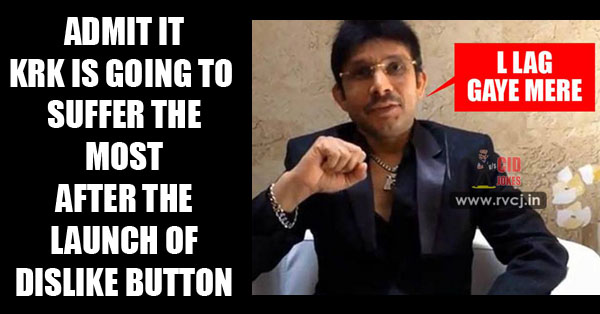 We earlier this morning informed you about a shocking and surprising news coming straight from the Facebook Headquarters. Mark Zuckerberg, a day before informed to the people about his plans to implement new changes in Facebook. Talking about the changes he even spoke about the new feature which may be soon introduced to Facebook. A Feature which every one of us wanted and wished for. This new feature is nothing but a button which will bring storms in many lives just by a single click. Yes its the DISLIKE BUTTON. Mark in his video has announced that upon the requests he received from people around the world he has considered to launch the DISLIKE Button and also informed that Facebook Team is working and Shaping to launch the button soon.
The main objective of this Dislike Button would be to express the empathy for a bad news or a sad post. But the question is will the the Button be treated the same way as Mark expects us to? I don’t think so 😀 Here are some of the problems and fears of introducing the DISLIKE Button to Facebook. You can relate some of them 😀 Have a look at these 10 memes on the Dislike Button: 2. Time To Die In Embarrassment 10. Girls I Can Understand That Feel!! So what do you think? Will DISLIKE BUTTON be used for the purpose it is being launched for? Will it serve the purpose of expressing empathy? Share your views in the comments section below & Do SHARE AND SPREAD this post.