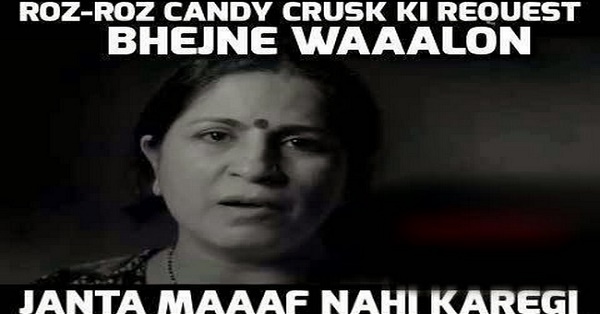 If you’re an ardent user of Facebook, then you’ll probably be able to relate to this; often we come across people who are irksome, due to their behavior on social media. I’m not only talking ’bout the ones who ‘tYpE lIkE tHiS’, but also many more such folks.

1. Using ‘#’ to tag their friend in comments instead of ‘@’: Hashtag serves an entirely different purpose. It’s used to highlight a trending topic, so that others could join in the conversation. 3. Tagging people in a photo where they’re not present: Tagging is to be done only when the person whom you’re tagging is present in the picture. Don’t just tag people just for the sake of getting likes. 4. Begging people for likes: Although most have  stopped doing it now, but the use of ‘mah’ instead of ‘my’ is still unacceptable. 5. The Plagiarists: If you’re copying someone’s content, then please give appropriate credit to the original creator. It takes a lot of effort to render, but combination of ctr and c to copy. 6. Typo Nazis: Unless it’s a grammatical error, there’s no need to point out a spelling mistake. We all live life in fast lane, and typographical errors are more than acceptable. 7. Thanking everyone in different comments, just to increase your number of comments: Don’t be such a comment whore. 8. Making fake ids: Please don’t mask yourself as a girl, or someone else. 9. Add me I’m blocked: You’re blocked for a reason, and commenting to go against it, won’t help the cause. Don’t be such a desperado. 10. When people start talking in the comment box: If that’s what you want to do, then what’s a ‘chat’ for?