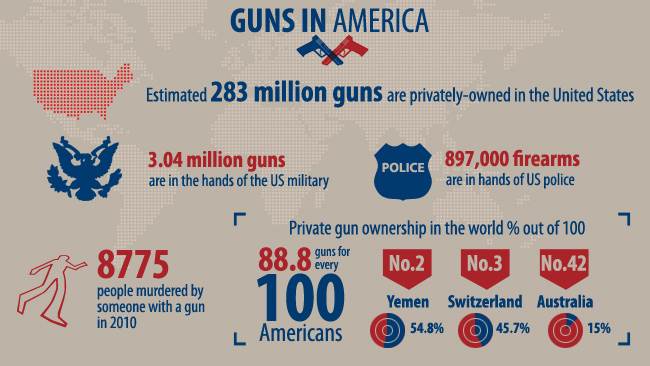 The United States Of America purchased Alaska from Russia for only $7.2 million($121 million in 2015’s rates). USA got independence on 4th July 1776. The agreement between Russia and USA was signed on 30th March in 1867

Most of the Americans speak English but there’s no such thing as “official language” in the USA. In USA, 1 out of 3 people is overweight. You may often compare the situation of poor peoples in India to that of USA. But for your information, almost 45% people in the USA lives below the poverty-line. You may have heard about Neil Armstrong who was the first to person to walk on moon in the whole world. He was an American. In most of the states of the USA, no license of any kind is required to purchase small weapons. If you are an avid firearm user, check out these best optics & scopes. McDonald’s which is the largest chain of hamburger fast food restaurants in the whole world, has its main headquarter in the USA. USA witnesses the highest percentage of teen pregnancy among the developed nations. Atlanta airport sees the most number of passengers every year from 2000. It is the busiest airport in the world. Did you know the facts before? Which is most ridiculous fact among all this?