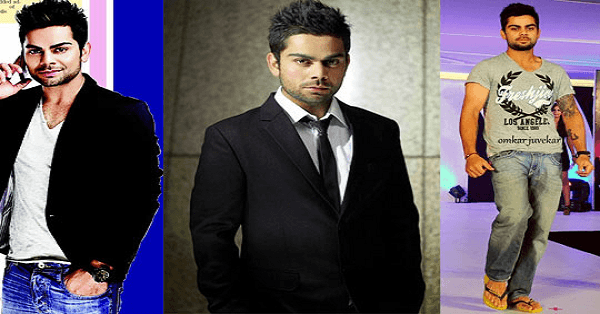 So, how well do you know Virat Kohli?? Did you know that he runs a foundation for underprivileged  children??

1. In his childhood, Delhi State Coach Ajit Chaudhary had given him a nickname. The name given to him was Cheeku. Now, all his Indian teammates call him by that name. 2. The Under-19 Indian cricket team won the 2008 U/19 Cricket World Cup under Virat Kohli’s leadership. 3. He is the third Indian to score two ODI centuries before his 22nd birthday. The other two are Sachin Tendulkar and Suresh Raina. 6. In 2012, Virat Kohli was named as one of the 10 best dressed international men in a list that included US President Barack Obama. 7. The cricket star loves tattoos. He has gotten himself inked four times. His favorite tattoo is the one sporting a Samurai Warrior. 8. He runs The Virat Kohli Foundation for underprivileged kids which shows he believes in giving it back to society. 9. Currently, Kohli holds the record of fastest century by an Indian in ODIs. He achieved this feat against Australia in 2013 at Jaipur, where he scored 100 in 52 balls. 10. Currently, he endorses over a dozen brands. He is rumored to be part of the prestigious Rs. 100-crore brand endorsement club “Whistles”. 20 Iconic Quotes Showing Why There Will Only Be One Rahul Dravid
10 Funny Facts That The Hollywood Movies Teach Us..!!