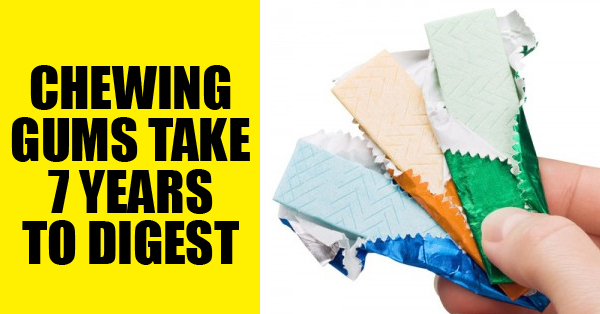 There are many things we believed but actually many of them are not true. You think the Earth revolve around the Sun? Well you’re wrong because it’s not the Sun, it’s something else. You think tomatoes are vegetable? Do you really think that bats are blind? Read our list of top 10 facts you always believed that actually aren’t true.

1. The Earth isn’t orbiting around the Sun Source
Yes, The Earth is orbiting around the Solar System’s center of mass which is known as the Barycenter. We believe that Earth orbit around Sun because this point often falls within mass of the Sun, but it can be shifted by the pull of larger planets. Which means some time, everything in the solar system is orbiting around empty space. Source
Everyone think that one of the best army commander in the history of world was short in height. But he wasn’t actually, he was actually taller than the average Frenchman. Source
Many of us believe that Chewing gum take 7 years to digest. Chewing Gum actually can’t be digested at all. Source
Many people believe that bat are blind. But in reality many species do use echolocation, some of them have excellent night vision and they don’t rely on echolocation. Source
When our fingers wrinkle we think it happened because of the absorbed water. But it’s not because of the water it’s because our brain tells them to. Why? No one is sure about that. Source
In our schools, teachers and our books thought us that Goldfish have a memory of just 3 seconds. It’s actually much better than that. Source
Dogs don’t actually sweat from their tongues, they pant which keep them cool. Most of their sweat glands are in their foots. Panting is not equal to sweating. Source
Everyone believe that Tomatoes are vegetable, even the Supreme Court of US ruled out once that the Tomatoes come into the category of vegetables. But if we talk in botanical sense, then tomatoes aren’t vegetable they are fruits.

Continue Reading
You may also like...
Related Topics:10 Facts You Always Believed That Actually Aren’t True

“Show Will Suffer Because I Can’t Be Replaced,” Angoori Furious On ‘Bhabhi Ji’ Producer Over Ban
10 Rich And Famous People Who Were Once Homeless