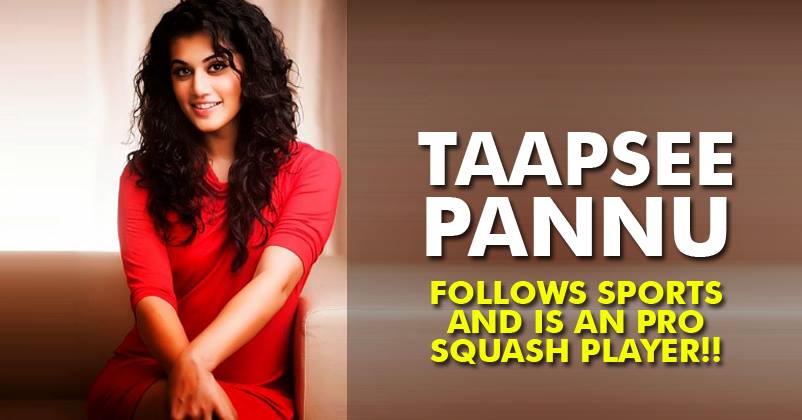 Beautiful Taapsee Pannu is a model turned actress who’s mainly seen in South-Indian cinema. She made her Bollywood debut opposite Pakistani actor Ali Zafar in Chashme Baddoor and was also seen in Akshay Kumar’s Baby. That’s all we know of Taapsee, isn’t it? Let us tell you some very interesting and lesser known facts about this 29-year-old Delhi girl.

1. Did you know Taapsee’s Nickname is Maggie? Probably due to her maggie like curly hair! 2. The actress is a computer science graduate and has also worked as a software engineer. She’s indeed got beauty and brains! Don’t you agree? 4. This pretty face has also been on the cover of the magazines ‘Just For Women’ and ‘MaaStars’ and more. 6. Taapsee is a sports lover and a player, she can easily beat one in the game of squash. 7. Taapsee is one of the adventurous actresses who loves riding bikes and also does movie stunts by herself. 8. The diva has given 7 releases in South Indian movies in a single year in 2011. 9. The actress is well versed with 3 different languages other than Hindi and English. 10. When asked about personal relationships, Taapsee has something very interesting for us to know, here’s what she said:

“I have dated a South Indian. Also I have never dated a star and will never date one and that I can write and give you on a stamp paper. I am clear that there can be only one star in the relationship and that’s me. I personally don’t think it can work out between an actor and an actress.” Whoa! That’s interesting, isn’t it? Tell us how did you like these details about our Pink actress in the comments section below.

Finally Hrithik Broke His Silence On ‘Kaabil’ V/S ‘Raees’ Clash! Here’s What He Has To Say….
What A Superb News! Dhoni Is Playing This Role In The Biopic & We Bet You’ll Be Excited!