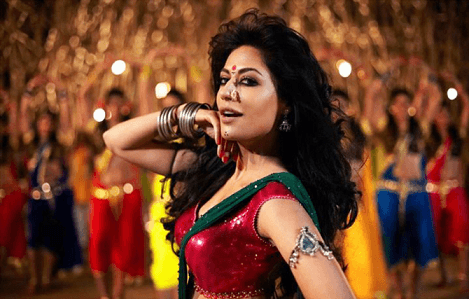 Indian Bollywood films are very fascinating and thus popular worldwide for its entertainment quality. These have meaningful, animated and even fun movies. But, with this we can’t deny the illogical and fascinating things that you only get see in the Bollywood films that makes no sense at all.

The actor or the actress of the movie maybe from the dusty village but, just after few seconds you get to see them in the foreign location with fashionable clothes, cars, and accent. This is also is the case with some bollywood songs where the actors just go to some foreign location like Switzerland, Greece, and London while singing their romantic song.

The bad and naughty guy teases and does all the things that can disturb the actress. But, eventually they both fall in true love.

I don’t know if this is actually the case in real life, but in reel life of bollywood this is the best statement to describe the clothes of actors in the song sequence. You can get to see the actresses dancing in the shortest skirts or a chiffon saree even when it is snowing.

This is often the case with the Khans movie that can surely pull off anything! They are often seen romancing the actress not even half their age. That’s the Khan’s charm, you see!

5. Gaana bajaana in the movie

They are just illogical sometimes and don’t even suit the script. Some high budget films always have an item number that obviously doesn’t have any connection with the movie plot, but helps then go house full!”

In Indian cinema, illogical stunts happen very often even when not required. The actor may have no muscle mass but can surely fight well with “pahelwaans” and take the cars overhea d. These action sequences are just like Matrix. I am not talking about the Tollywood here, or you have faint as well.

7. The non existing city of India

Many a time’s Indian films are shot at the foreign locations like New Zealand and called India. This is defiantly a hilarious thing like creating a village known “Sundarnagar” in the movie Main Prem Ki Deewani Hoon which was shot in New Zealand.

Even when the actors are busy romancing, after a minute all extras come join for a dance in perfect dress. To the horrible case, they also know all the steps very perfectly. This surely has no logic at all.

All the normal people’s house in Bollywood movies looks like a Mansion. They also have all amenities like Jacuzzi, garden area, guest house, etc. The rich family in Bollywood also owns a helipad like in “K3G” Wind plays a very significant role in the Bollywood movies. This is used while the heroine’s entry, romancing scene, fight scenes, etc….

Finale Ka Twist – Check Out Who Got Eliminated Today & Who Is Winner!!!
11 Signs That Your Boyfriend Is Cheating On You!!!