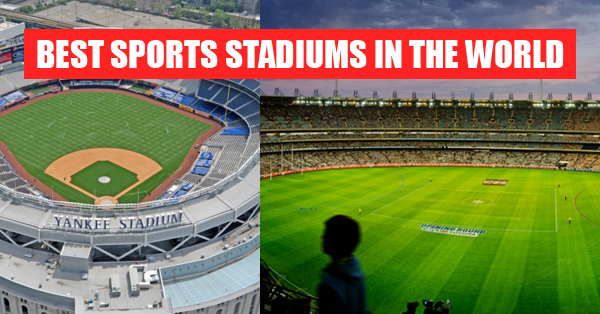 For all you sports fanatics, here is a treat for you–the greatest stadiums in the world. Stadiums whose name is enough to give you chills. Did you know the Melbourne Cricket Ground was the first ground where a cricket match tied? What if I told you that the world’s largest stadium is in the isolated country of North Korea, and the next largest stadiums are all place in USA. Here is a list of the largest stadiums of the world (top 5) by the criteria of capacity:

As the value of a place isn’t defined by its size, here are ten stadiums which personify glory and greatness.

Located in: London, England.
The south-west side of the ground stands almost two and a half metres lower than the north-west side, causing considerable deviation to the ball when bowling. Other notable absentees from the list: Wembley, Soccer City, Eden Gardens and Wandrers.

Continue Reading
You may also like...
Related Topics:10 Of The Greatest Sports Stadiums In The World, Cricket Statiums, Football Stadiums