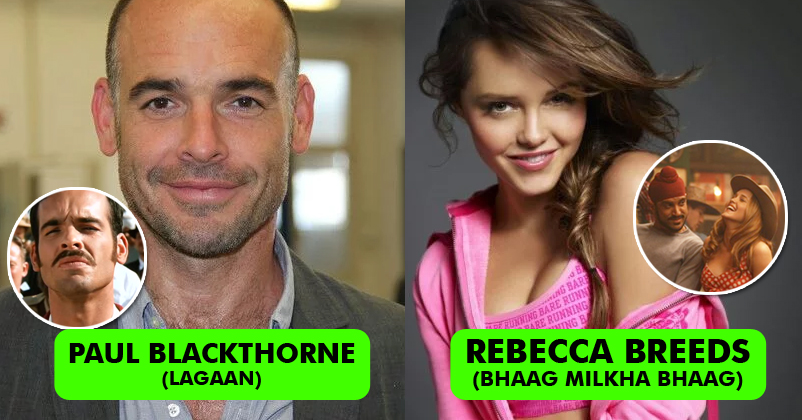 Bollywood actors have made an impact with their roles in Hollywood. Top Bollywood actresses, Deepika and Priyanka have made quite a stunning appearance in Hollywood movies recently with the former appearing with superstar Vin Diesel in XXX : The Return of Xander Cage. Bollywood has had a fair share of contribution from other global film industries too. Many Hollywood actors have wooed the audiences of Bollywood with their charming acting skills and looks. However, a lot of those actors just came and went away like a blink. Here is a list of ten such foreign actors who worked in a Bollywood movie and never appeared again. This Uruguayan beauty stole many hearts with her superb role in Hrithik Roshan starrer Kites. Before making her Bollywood debut, Barbara had herself established in the daily soap industry of Uruguay. She is most popularly known for her roles in TV Series Mirada De Mujer and Rubi. She is also a writer, producer and model. She was last seen in Mexican movies Treintona, Soltera y Fantástica. The actor who played a commandable role of Captain Russell in Lagaan will always be remembered by every Bollywood fan. Paul Blackthorne is an English actor, who after working in Bollywood, has only seen in a growth in his career. He is now an integral part of a popular TV series, Arrow. He also played a memorable part in another TV series, The River. This American beauty has starred in many popular movies like Starship Troopers, Wild Things, The World is Not Enough and Valentine before making her first appearance in Bollywood. She was seen romancing Akshay Kumar in his movie Kambakkht Ishq. Toby Stephens is an English actor who graced Bollywood with his role in The Rising: Ballad of Mangal Pandey, another Amir Khan epic. Toby is best known for his role in James Bond: Die Another Day. He has also worked in a few popular TV Series Jane Eyre and Black Sails. The Gulabo of Rang De Basanti, Alice Patten is quite a popular figure back in her homeland. She had a guest appearance in BBC’s fantasy drama series, Merlin . She was also recently seen in the TV series, Six Wives with Lucy Worsley. The Chinese actor more popularly known for his roles in Kill Bill: Vol 1, Kill Bill: Vol 2 and The 36th Chamber of Shaolin, appeared in a negative role in Akshay Kumar’s Chandni Chowk To China. He is a well trained Martial Arts actor who mostly plays role of the same genre. Sarah Kane had donned a major role in Bollywood’s political flick, Rajneeti wherein she played the role of Ranbir Kapoor’s girlfriend. Before working in Bollywood, she had worked in TV Series 7th Heaven, Cruel Intentions 2, and Angel. She was last seen in 12 Wishes of Christmas , a TV film that released back in 2011. Clive Standen mesmerised everyone of us with his role of Charlie, Katrina’s boyfriend in Namastey London. Clive had appeared in a Hollywood movie Everest which was well received by both audience as well as critics. He also played a role in History Channel’s Vikings. One of the most admired characters of Elizabeth in the Oscar nominated movie, Lagaan, was played by Rachel Shelley. She has worked in movies like Gray Matters and The Children but is most popularly known for her role in the TV series, The L Word. Rachel last appeared in the TV series, Grantchester. This Australian beauty made her Bollywood debut in a recent movie, Bhaag Milkha Bhaag. She is most popularly known for her roles in TV Series We Are Men, Pretty Little Liars and The Originals. She is currently busy shooting a TV series in Australia.

No matter how small their stay was on the big screen, they’ll remain an eternal part of Bollywood forever. Do let us know if you remember any other such actors in our comments section below.

Continue Reading
You may also like...
Related Topics:10 Hollywood Actors Who Worked In Bollywood And Disappeared!

10 ‘The Kapil Sharma Show’ Jokes That Will Make You Burst You Into Laughter!
Top 10 Achievements That Led To The Development Of India During Congress Tenure