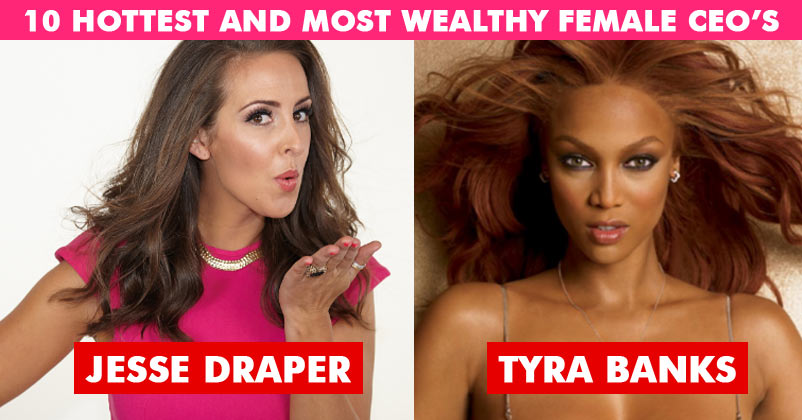 Gone are those days when only men were considered to be successful. It’s rightly said that behind every successful man, there’s a woman. But in this era, women are no less. They work hard to achieve their goals and are unstoppable. They don’t need anything or anyone to prove themselves; hard work and dedication are 2 important secrets that make them turn impossible things to POSSIBLE.

Still, we see that gender inequality is prevalent in our society and women are not given the respect they deserve. Well, it’s time to change that typical thinking because if a woman decides something, she shows her power and reaches her goal.

If you need some examples to believe in women and change your thinking, you need to read the list below. These are the hottest and the wealthiest female CEOs in the world. They started with nothing, but ended up getting everything they wished too. You can rightly terms as “Beauty with brains”. Some of them have overpowered men too. Check out the entire list that we have compiled for you. Who do you think is the hottest among them? Let us know in the Comments Section down below.