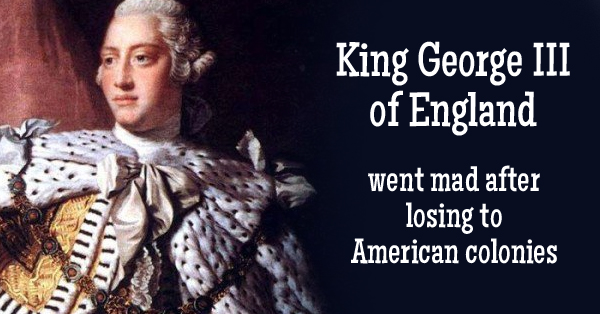 Rulers and Kings in the past history sometime become so crazy and did many stupid and horrified things. This is our list of top 10 most insane rules in the history. Source
He is considered the most insane ruler in the history because of his cruel decisions, Once he had an entire family executed. They executed husband and wife first and he then proceeded the line of children. At last he reached the youngest children, it was a 12 year old girl. She was crying badly at this point and the crowd started begging for mercy as she was very little and a virgin. He smiled and ordered the executioner to rape her first and then kill her. Source
He is one of the most well known insane rulers in history. Many movies and series are based on him. He ended up behind bars because of his crazy and stupid decisions and his only legacy was that he lost the American Colonies. Source
The result of inbreeding Carlos II was so deformed that he wasn’t even  able to close his mouth. But he was supposed to be king and his mother ruled the kingdom for him and he spent all of his life believing himself to be bewitched. Source
He was brought in to replace his elder brother Ludwig II, but he was even worse than his brother, he went on breaking things wherever he went. Recent theories  suggest that the insane behavior was made up to make them easy to overthrow.

5. Queen Maria I of Portugal Source
Well he’s known as Ivan the Terrible, he was scarred by the loss of his parents and abuse by the government. At 14 he seized control over Russia and fed the existing government to dogs. But he didn’t stop there, and went on to kill and torture others. Source
She is also known as Juana the Mad, she was scared that her husband would cheat on her, even after he died she didn’t let any female come near his husband’s corpse, not even nuns from church. Source
He was always terrified of being assassinated and that’s why he never slept in the same place twice. But it wasn’t just humans he was terrified of. Apparently he also feared a giant sea monsters. Source
He was the last ruling king of Egypt, Farouk was also known as a “stomach with a head” because he grew to over 300 pounds. But the most bizarre thing was his kleptomania. Once he even stole watch of Winston Churchill. He went to the zoo once and shot all the lions after having nightmares.

10. Ibrahim of the Ottoman Empire Source
Ibrahim from the Ottoman Empire known to have obsession with fat women, he had agents who used to track down the fattest women. He once had 280 of his concubines drowned in ocean when he find out that they had relationships with another man and he used to regularly feed coins to fish.

Continue Reading
You may also like...
Related Topics:10 Most Insane Rulers In History