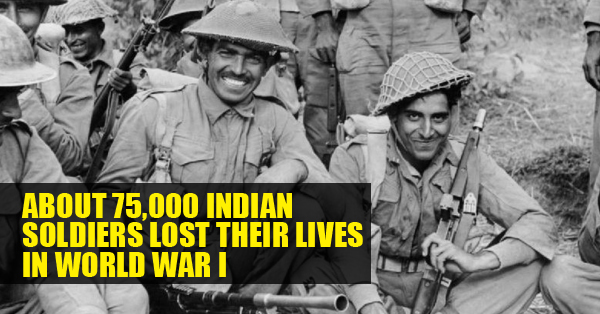 One of the most dangerous and biggest conflicts in the human history, the 1st World War changed everything for the counties around the world in the 20th century . These are 10 interesting things you did not know about World War I. Source
Over 35 million civilian and soldier suffered casualties in WWI. Over 15 million people died and 20 million were wounded because of the war. Source
Russia mobilized more than 12 million troops during the World War 1, and it was the largest army in the war. More than 3/4 of them were died, wounded, or went missing in the war.

Source
Artillery barrage during attack could be heard for 100’s of miles along with exploding mines it created a very loud noise. In 1917, the explosives which were blowing up on the German lines in Belgium could be heard in London which is 140 miles (220 km) away from the site. Source
During WWI, Armies used dogs as messengers and the dogs carried orders to the front lines in capsules which were attached to their bodies. Dogs were also used by armies to lay down telegraph wires. Source
Big Bertha was a 48-ton howitzer developed and used by the Germans in first World War. It was named after the wife of its Gustav Krupp, who was the designer of the Big Bertha . The Big Bertha could easily fire a 930-kg shell to a distance of 15 km. It took a crew of 200 people and six hours to assemble. Germany made 13 of these huge guns.

Source
In early 1917, British cryptographers successfully deciphered a telegram which was sent by German Foreign Secretary Arthur Zimmermann to Germany’s minister in Mexico. It was to encourage Mexico to start invadig U.S. territories. The British decided to keep it a secret from the U.S.A. for more than a month. They wanted to show it to the U.S.A. at very right moment which would help them to draw the U.S into the war on their side. Source
The slogan for the second term of Woodrow Wilson’s in campaign was “He kept us out of war.“ About a month after he took office for second time, the United States of America declared war on Germany. Source
The total cost of World War 1 is estimated $185 billion.

Continue Reading
You may also like...
Related Topics:10 Interesting Things You Did Not Know About World War I

KRK Targeted Punjabis & BB9 Fame Prince By Calling Them THARKIS. Check Out His Tweet
‘It Was A Big Mistake Doing Dilwale,’ Says Kajol