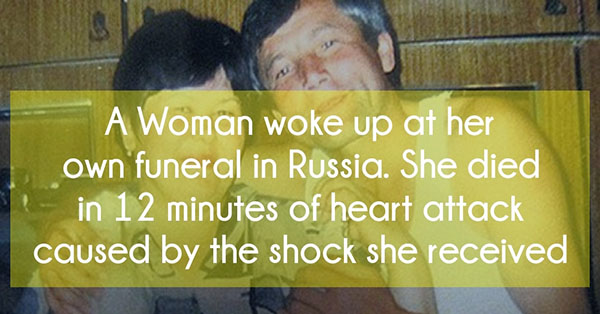 Death is always an unexpected phenomenon which can take you back at any moment of time. Forget the various diseases can be the reason of someone’s death; this group of people has practically suffered from the most painful ironic deaths.

1. Base jumper dies while paying tribute to dead friend.

Barrio died a painful death while performing a similar stunt which killed this friend. He was performing to give a tribute to his friend. British owner of the Segway Company, Mr. Heselden is a profession rider who died when he lost control and plunged 42 feet to his death. There was a lifeguard party arranged at the New Orleans Recreation Department pool. Jerome, who was seen swimming in his clothes, was not a lifeguard. Beechcraft King Air 200 lost power and crashed into a Kansas Flight Safety building where people who were practicing safety also died along with the pilot. 5. Woman dies at her own funeral.

The woman was declared death so was taken to the funeral where she woke up in the middle of the funeral and started screaming. After watching it was her own funeral, she died after 10 minutes. 6. Felled out of a window while trying to prove the glass was unbreakable.

A young boy felled to death through the glass wall from the 24 storey where he was trying to prove the window frame glass was unbreakable. She was listening to this mesmerizing song where minutes later she hits a recycling truck head on where the car burst into flames. Clement Vallandigham accidentally shoot himself while actually he was demonstrating to a jury how a victim could have shot himself. 9. A man Died due to over eating on the feast arranged for him.

Julien Offray de La Mettrie died due to over eating which lead to gastric illness. This feast was held in his honor as a thanks for curing a man of his illness. Gareth Jones had a heart attack between scenes and died moments before going on stage to where he was supposed to act like having a heart attack.