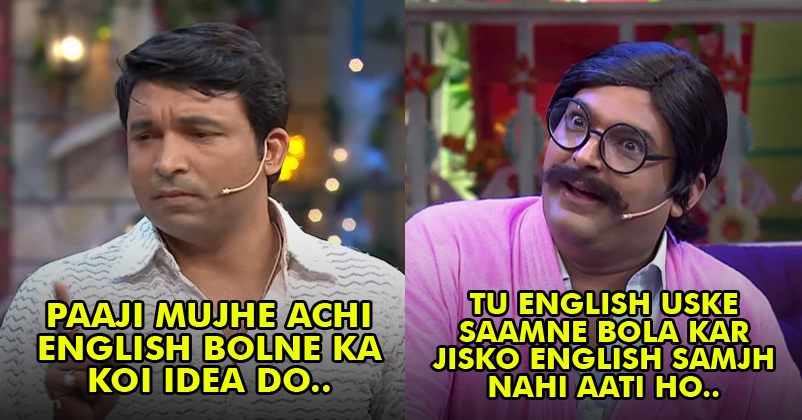 What do you do every weekend after finishing your dinner? You make your plans for the coming week? No! You tune in to watch ‘The Kapil Sharma Show’ to entertain yourself and to relieve the stress caused by exhausting work schedule, looming deadlines and life’s worries. Turn on the TV, switch to ‘The Kapil Sharma Show’ and feel refreshed. Kapil Sharma, the man needs no introduction, he is king of comedy and face of the entertainment. Kapil, once a struggling artist sky rocketed to success in the world of comedy after trying his hands on ‘The Great Indian Laughter Challenge’. Stand-up comedy is very hard, it is not easy to make strangers laugh. But Kapil Sharma has a very good understanding of comedy, he is fluent in sarcasm, and the quick witted Kapil Sharma has gained unbelievable popularity and has won millions of hearts with his brilliant comic timing. The Kapil Sharma Show is a very popular and entertaining show on the television right now. The show is gaining top TRP ratings in the non-fiction category. Every week there’s a celebrity guest on the show. Apart from inviting just the popular actors and celebrities, the show even has musicians, cricketers, sports persons appearing as the special guests. The show is an Indian sketch comedy and a celebrity talk show. The celebrity interaction with the live audience is something we have never seen before on Indian TV. Kapil’s ‘The Kapil Sharma Show’ has seen the biggest Bollywood stars like Shah Rukh Khan, Salman Khan and Akshay Kumar ROFL. The show has seen hugely popular sportspersons like The Phogat Sisters, Virender Sehwag, and Sania Mirza bursting into laughter. The reason behind the show’s success is its ability to come up with new humor and jokes to entertain the audiences. Initially the critics dismissed the show, but Kapil and the creative team accepted the negativity as an avenue for change. They added some new characters in the show, also experimented with the guests and the skits. It’s just the start of the week, and if you’re feeling the blues, then nothing is better than some Kapil Sharma jokes to cheer you up and find the motivation to survive this week.

So let’s take a look at 10 ‘The Kapil Sharma Show’ Jokes That Will Make You Burst Into Laughter!

Beware guys this one is dardnak! It’s pretty simple to understand. Are they reporting news or scaring the hell out of us?

Kapil knows everything. He should rename his name from ‘Kapil’ Sharma to ‘Google’ Sharma. Don’t be a burden on your parents, especially if you’re fat. Narendra Modi is the smartest politician on this planet.

The question that everyone has been asking for so many years. The strange relation between Rasgulla and Sangeet. The secret trick of speaking English. Hrithik Watched Special Screening Of “Jolly LLB 2” & Here’s What He Said About Akshay & The Film
10 Hollywood Actors Who Worked In Bollywood And Disappeared!