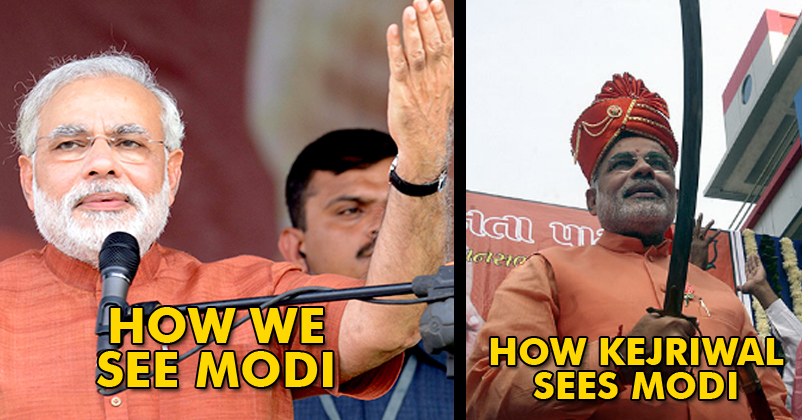 Arvind Kejriwal likes to stay relevant in the headlines, this time he has taken his dramatic war of the words with the PM Narendra Modi to a whole new level. In a 10-minute video released online, Kejriwal expressed his concerns, the dispute with the Centre over many issues. AAP or Aam Aadmi Party posted the 10-minute video on the social media which is titled as “Arvind Kejriwal’s message to the common man”. He accused the Centre of conspiring against his party, and they could even have him killed. Kejriwal said that PM operates in an unbalanced state of mind, it’s always ‘with him or against him’ policy with the PM. He can resort to coercion and violence if necessary, this has made Kejriwal anxious and an insomniac. He feels worried over the state of the country, he doubts if the country is in the safe hands.

“He can do anything, have me killed if required”, Arvind Kerjiwal said in the video. You can call him paranoid, but this isn’t the first time when he has accused Modi of conspiring to kill him. He asked his party’s supporters and volunteers to prepare themselves for the coming time, things will get worse, things will get hostile. He said that the BJP-led Centre government is running a ‘daman chakra’ against AAP. The arrests of AAP MLAs, suspension of MP Bhagwant Mann and anti-corruption branch’s inquiries against deputy CM Manish Sisodia and Satyendra Jain are all part of the daman chakra.

This unhealthy obsession of Kerjiwal with Modi has been a trending topic on twitter lately. People are trolling Kerjiwal for his paranoia. All we can say is that Mr. Kejriwal should worry about governing Delhi, not about PM Modi.

So now let’s take a look at the 10 Kerjiwal-Modi Jokes That Will Make Your Day.

1. If you can’t solve a problem, then blame Modi for that problem. That’s Kejriwal in a nutshell. 2. First calling PM a psycho and a coward, now accusing PM of conspiring to kill him. Not sure whether Kerjiwal’s paranoia is legit or he’s just suffering from Modi-Phobia. 3. I hope the reporter got the answer he was looking for. Governing Delhi, solving problems of the citizens is not important, but attacking PM and blaming him for every misfortune is. 4. This explains the entire Kejriwal-Modi feud. I think Mr. Kejriwal should take a long vacation, stay away from the politics for a while. He clearly isn’t in his right mind. 5. Symptoms of ModiPhobia. The person first starts blaming Modi for his shortcomings and all the wrong happening. At the second stage, the person starts making rude remarks about Modi. At last the person thinks Modi will kill him. 6. The difference in perception. I am sure he’d blame the media for creating a fake good image of Modi. Sab marketing haiji. 7. It’s a tough job to review movies and at the same time be a part-time CM of Delhi. 8. Modiji with a sword running after Kejriwal, the nightmare that Kejriwal has been having ever night ever since Modi became the PM. 9. Modiji ki CBI se jaach honi chaiye! But wait a minute, already been there, done that.