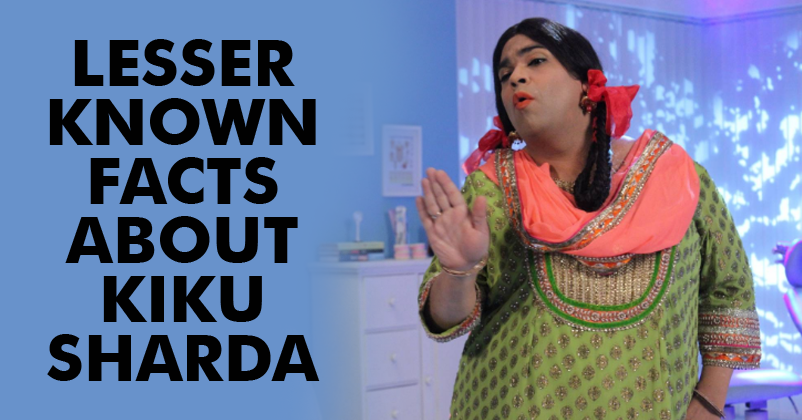 The popular comedy show ‘Comedy Nights with Kapil’ has been loved by the audience all over the country. Kiku Sharda is an Indian T.V actor and comedian. He is well known for his character “Palak” played by him in comedy Nights With Kapil. He has gained immense popularity from Comedy Nights. He also acted in many T.V shows before getting into Comedy Nights. He belongs to a typical Marwari business family. We all love his acting and comedy timing and he is an important part of “The Kapil Sharma Show”

Kiku was born on Valentine’s day, February 14 in 1975 in Jodhpur, Rajasthan. Kiku did his schooling in Jodhpur and he came to Mumbai for graduation. Kiku made his debut in the television industry with “Hatim” in 2003. He played the character of “Hobo” which gained a lot of popularity then. Kiku is well educated and has business administration degree and he’s also an MBA. But his passion towards acting dragged him towards television industry. He played the character of Constable Mulayam Singh Gulgule in F.I.R., and Amarnath Bhandari in the horror comedy show Bhootwala Serial. He got an immense appraisal from these shows and F.I.R became one of the funniest shows in the television industry. Apart from comedy, Kiku is an amazing dancer too. He also participated in dance reality shows like Nach Baliye 6 in 2013 and Jhalak Dikhhla Jaa 7 in 2014 with his wife. Kiku is married to Priyanka Sharda and has two kids. After Comedy Nights, Kiku is now a well-established comedian in the television industry. He is such a versatile actor that apart from the comedy and dancing skills, he has also played the role of Mughal Emperor Akbar in Sab TV’s ‘Akbar Birbal’. Kiku was arrested for mimicking Dera Sacha Sauda chief Gurmeet Ram Rahim Singh in one of the acts in “Comedy Night With Kapil”, which was aired on 27 December. He was arrested under Sec. 295(A) of the IPC for outraging religious feelings.