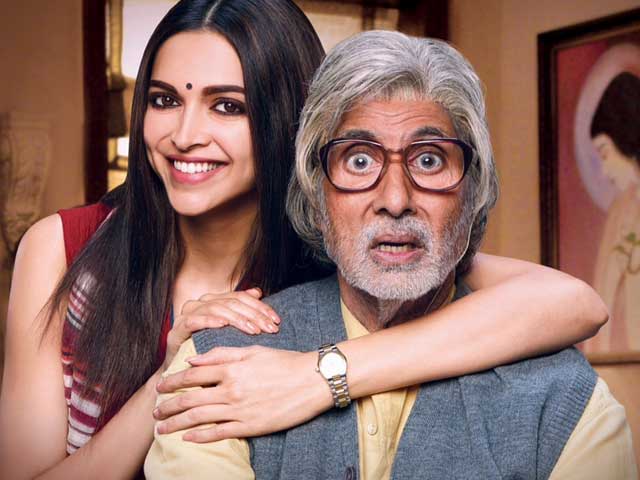 Movies have inspired people, and with time and now and they made people believe that there exists a realistic cinema. And, with the first ever best outing of the year “Piku”, this notion has just become stronger. Many could relate to Piku and also with our favorite Amitabh Bachchan as Bhaskor Banerjee, we just can’t stop praising him even after him being the so-called “Selfish” man. But you just cannot deny that he was adorably charming and cute and at times you thought to go and hug him tight.

Today’s men need to learn some lesson from the 70- year old Bhaskar Banerjee – Bangali! 🙂 Because even though you call him selfish he is not WRONG, rather on the RIGHT track.

1.Marriage Without Purpose Is Low IQ

Because the whole purpose of marriage for women should not be to serve and worship their husband. But also maintain their own individuality. 2.You Are The Cause Of Your Own Frustration

Seize the opportunity when you get it, don’t regret later. Because the Piku’s Kakimaa rejected the BATA job just because her salary would have been more than her husband and whole her life she was frustrated and annoyed with this fact. Mr.Bhaskor Banerjee should be declared as an ideal father, because he loves her daughter so much that he has no problem with casual relationships, rather serious one gives him jitters.:) 🙂 Otherwise, he would have not even dared to think about a 1500KM journey in a car with his “Sihasan” on top. 😛 5.Sex Is Not a Taboo

Discussing SEX with daughter, strangers, wife’s sister or anybody is not a taboo for Bhaskor Banerjee. After all when meeting a stranger and saying that “Meet my daughter, She is not a Virgin” does not require guts but open mind. 6.Wife is Not a House-Maid

Your wife has her own dreams, ambitions, some aspirations and wants in life. Much before she is your wife, she is a human being. Serving food at day and Sex at night is not the ultimate thing for any women. 7.You Can Take Care of Yourself

Yes, Bhaskor Banerjee used to get saddened when the Urine, Blood Test, Diabetes, Blood Count, Hemoglobin, all came right. But there’s no harm in taking an extra care of yourself. If you feel a little low, where is the harm in getting checked up. And, “Namak Chupana” was after all not a bad idea for the sake of safe and good health. 8.Self- Obsession is Not bad

When you see the movie, you will realize that Mr. Bhaskar Banerjee was so much proud and obsessed with being a Bangali. His facial expression changed when he got to know that Rana Chowdhury, (Irrfan Khan) was Non-Bengali Chowdhury. 9.Stay Attach To Your Roots

“Champakunj Bikri korbo na” – Because there are memories attached to it. The home to his ancestors which his father started building when he was in Higher SecOOndary. He got his first job at ITC there, his mother died in the same house. And, at last he died peacefully there as well. That is called being attached to roots, and not back dated. May be, Bhaskar Banerjee himself learnt this lesson a little late but he has his own fair share of enjoying life, drinking and making merry. But his last cycle ride gave him the happiness that he was vying all long. So what are you waiting for, do what will make you happy and what the society exerts happiness is!!